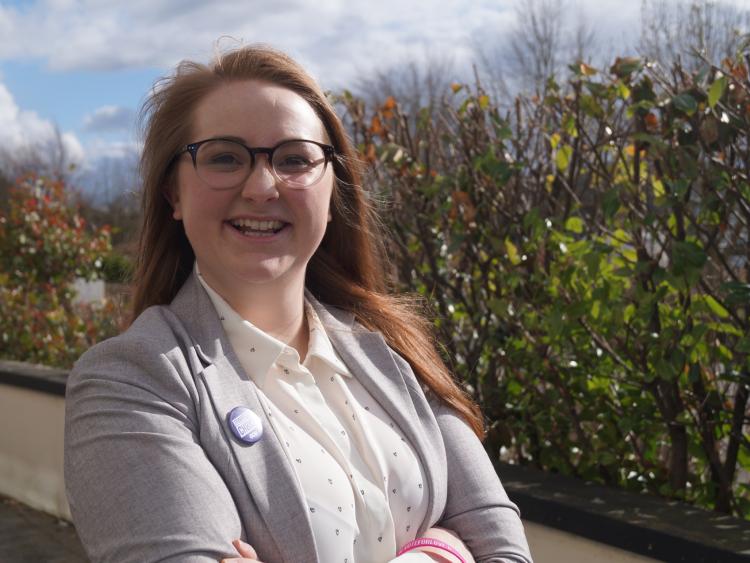 Local woman, Síona Cahill, who is former President of the Union of Students in Ireland (USI), was honoured at the recent Women in Europe awards.

Síona attended the ceremony on Wednesday, December 4, after being shortlisted for the 2019 Women of Europe Awards in the Women in Youth Activism category alongside world-renowned Swedish Climate Change activist Greta Thunberg.

Síona was also up against KONSENT founder, Johanna Nejedlová, after being nominated by the European Movement Ireland for her efforts in empowering students and promoting civic participation.

Síona posted, “Genuinely mad to have been named a ‘Woman of Europe’ and shortlisted in the ‘Women in Youth Activism’ category last night by European Movement and European Women's Lobby.

“I was nominated by European Movement Ireland for my work on civic participation (posh for voter registration), marriage equality, abortion access law reform and capacity building with women in leadership in Ireland.

“But mostly it was probably for the voter reg. Europe LOVES a bit of voting, same as myself.” she added.

Continuing Ms Cahill said, “The incredible Johanna Nejedlová, Co-founder of KONSENT was awarded the overall award - and used her platform to speak candidly about the need for urgency on actual culture change, as well as the meaningful resources which are required to tackle what is a crisis of sexual harassment and gender based violence across the world, not just in pockets of it or when it suits us to notice.

“I wouldn’t have been there on that epic list of women without all the people who not only elected me in the student movement, but the people around me who dedicated themselves and their talents and time to campaigns we spearheaded together, and more quietly, all those who had patience with all my cancelling and stalling of personal commitments when I was dedicated stubbornly to campaign after campaign.

Síona was joined at the ceremony by her sister Aisling, and fellow Longfordians Sarah Elaine McHugh and Niamh Mahon. She thanked everyone for supporting her in her efforts down through the years.

She said, “All I can say is thanks for being by my side so far gang.

“You all know who you are over the years and you’re something else.

“We’ve done some unreal stuff and sure we’re not done yet.”

The Women of Europe Awards are jointly organised by the European Movement International (EMI) and the European Women’s Lobby (EWL).

The awards are handed out annually in four categories to honour women striving to advance the European project in their professional or private capacity.