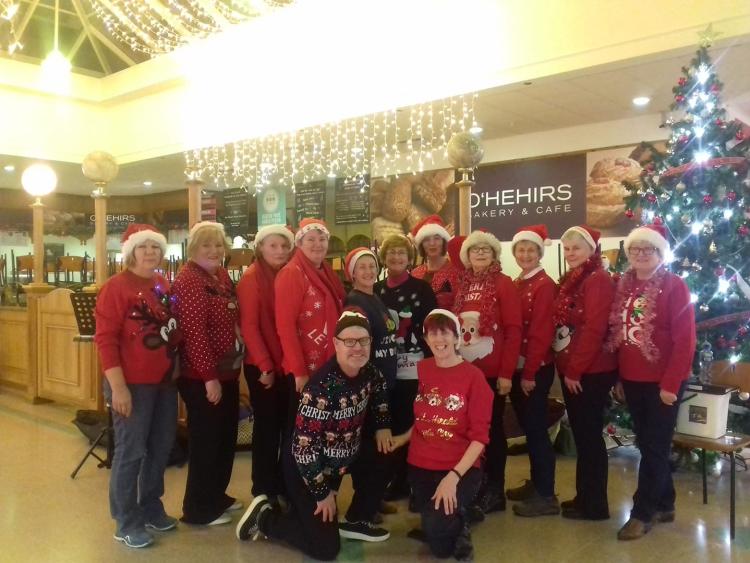 Longford Voices United (LVU) Gospel Choir, a community based, non-denominational choir, will be spreading plenty of festive cheer over the Christmas period.

You can expect to hear anything from ABBA to Elivs with LVU as they love to sing pop, rock, trad, folk and dixie as well as gospel songs.

The group meets weekly to practice and have an extensive repertoire, giving them the ability to adapt their programme to any event they lend their voices to.

The beginning of 2019 brought sadness to the group as they said goodbye to one of their members, the late Peter Kelly, who passed away in January of this year.

“We ve lost one of our members last night who brought cheer where ever he was,” read a statement on the choir’s Facebook page after the former TD passed away.

“During his time with us, Peter entertained, singing in nursing homes and at different events.

“My fondest memory was starring in Stars in my Eyes where he took to the stage as Elvis.

“He will be sadly missed in our group and would like to send our sympathies to the Kelly family.”

Life has gone on for the remaining members who will surely remember Peter Kelly when they sing at a number of locations over the coming weeks. They will perform at the following venues over the Christmas period: