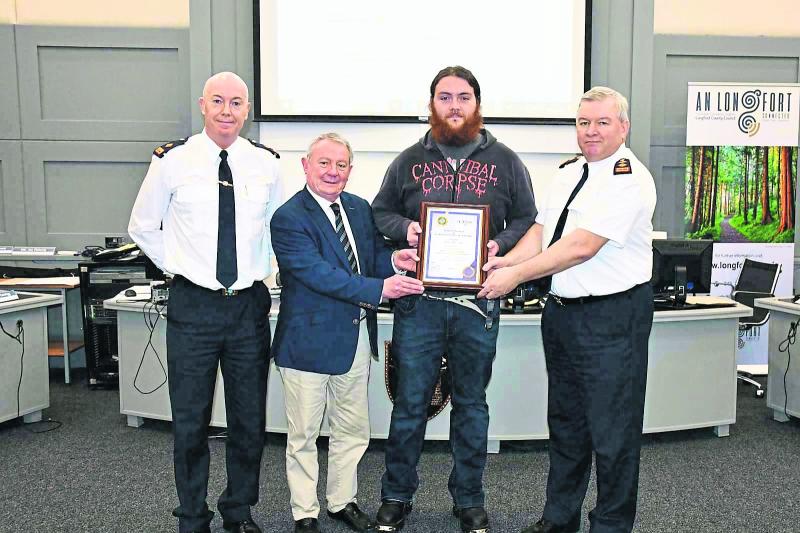 A courageous bystander who came to the aid of a female victim who was subjected to a “shocking” robbery by three assailants as she walked to her car from Longford Train Station has been honoured with a top Garda Commendation award.

Denis McGrath stepped in to assist the woman after she was accosted by two men and a female accomplice at Earl Street, Longford on November 8 2017.

Despite being outnumbered, Superintendent Jim Delaney spoke candidly of Mr McGrath’s valour at a meeting of Longford’s Joint Policing Committee (JPC) this week.

“Make no mistake, this was equally as brave as what you all saw on London Bridge last weekend,” he said.

“Not everyone would have taken the actions Denis did. There were three assailants and a woman was in dire straights in darkness and those efforts need to be acknowledged.”

In making reference to the Garda Commendation Awards, which he expressed hope would become a yearly custom, Supt Delaney said the system was in keeping with a broader “philosophy of social contract”.

Two men and a female were swiftly charged with alleged robbery and assault.

Both are due to return before the court in January for sentencing.