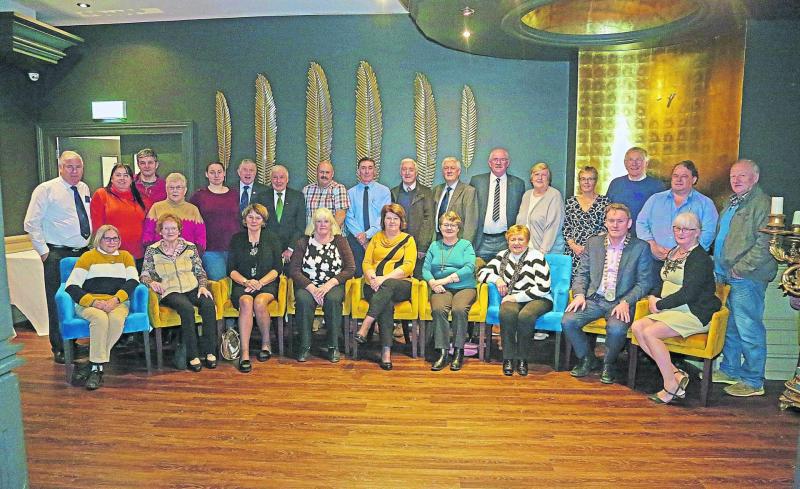 The Community Games movement is enjoying a renaissance according to Longford’s Joe Fox, who was recently re-elected as Leinster Chairperson.

He says the provincial body, under his leadership, will be the fore in leading this revival and renewed interest in Community Games activity. Longford Community Games played host to the Leinster annual general meeting on Sunday, November 24, with forty-two delegates from across the province, gathering in the Longford Arms Hotel to plot the way forward for the future.

Longford County Council Cathaoirleach Cllr Micheál Carrigy addressed the meeting and he welcomed delegates to the ‘new tourism capital’ of Ireland’s Hidden Heartlands. Cllr Carrigy revealed how he himself was a former member of Community games and that he was delighted to pledge the support of Longford County Council to the county Community Games committee next year when they host the Leinster Finals on April 25/26.

Cllr Carrigy also announced that a civic reception will be afforded to Longford Community Games committee in January 2020.
Joe Fox, who is Longford and Leinster Community Games Chairperson, said he was delighted with the big turnout of delegates to the provincial AGM, adding that Leinster will be to the fore under in any changes the Community Games organisation makes.

He was one of four Longford administrators elected to the executive of the provincial body, being joined by Pat Horkan (Treasurer), Megan Forbes (Youth Officer) and Mark Leonard (Security).

Mr Fox commented, “Longford is proud to have four executive members, something that never happened previously and it demonstrates how Longford is now looked upon to be a leading light for the future of Community Games at provincial and national level.”