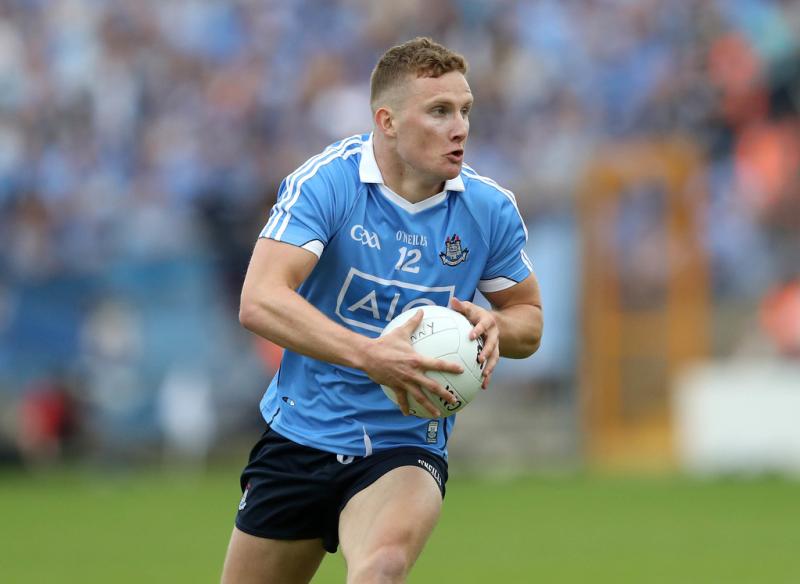 Dublin footballer Ciaran Kilkenny will be the star attraction in Granard on Sunday as the north Longford town prepares to switch on its Christmas lights.

The talented Castleknock clubman is the man tasked with conducting the formalities in what is perenially one of the highlights of the festive local calendar.

Granard Municipal District Cathaoirleach Cllr PJ Reilly said the occasion is one which locals are especially looking forward to.

“The turning on of the lights is always well attended and this year, I'm sure, will be no different,” he said.

The long serving public representative urged homeowners and businesses to come out in force and support both the event and one of Co Longford's busiest commercial centres.

“It's great to have an All-Star footballer like Ciaran Kilkenny here to turn on the lights,” he said.
“And what I would say to people is to come along and see it for themselves.”

Cllr Reilly was at equal pains to stress the need for those within the Granard area and surrounding environs to conduct their festive shopping within the immediate area.

Those calls come amid fresh pleas from business representative groups headed by the likes of the Small Firms Association.

It's estimated that if every adult spent just €20 extra locally, communities would have a €73m additional boost over the holiday season.

The launch of a so-called 'Green Friday' campaign is one such way certain businesses are hoping to entice shoppers to steer clear of both online and cross border shopping.

The Black Friday and Cyber Monday sales events have been enthusiastically embraced by consumers here, with more than €50m spent over the course of the weekend last year.

But this November 29, the Green Friday campaign will ask people to think of the local economy, support jobs and help nurture the country's creative community, manufacturers and service providers by buying Irish.

The Small Firms Association and Irish brands and retail businesses countrywide are also behind the campaign.

Brands and businesses are being encouraged to market their products under the Green Friday banner this Christmas, highlighting the value of shopping locally.

And for the likes of Cllr Reilly, it's a mindset which he hopes will strike a chord with consumers over the next number of weeks.

“Shopping local is so, so important to the future success of businesses that operate in and around the town and I would be calling on people to do just that,” he added.

It all gets underway from 5pm on Sunday December 8.