Brady: 'If it walks like a duck and quacks like a duck, then it is a duck'- Longford councillor and farmer slams C&D death threat claims 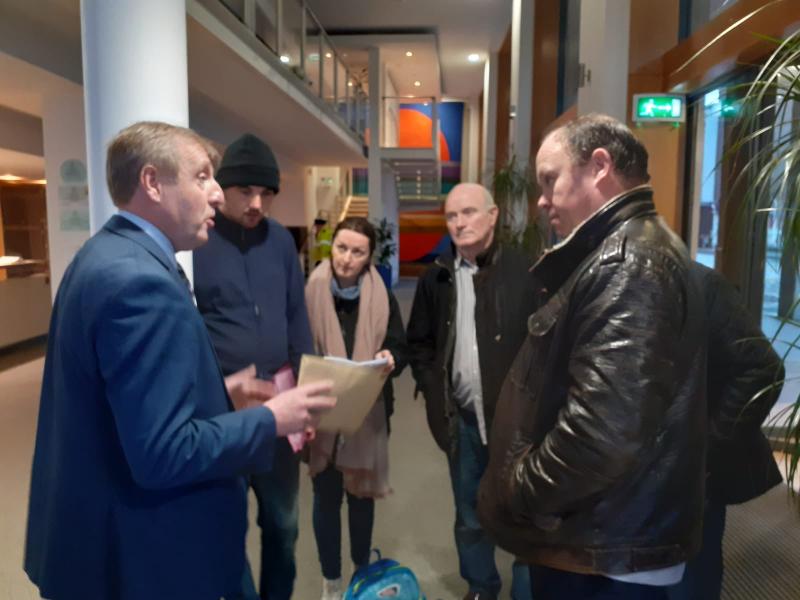 Longford Fine Gael councillor and farmer Paraic Brady has expressed his "disappointment" in Agriculture Minister Michael Creed over his claims in the Dail of how alleged death threats had been made against senior management at Edgeworthstown firm C&D Foods.

Cllr Brady was speaking after around 100 farmers blockaded parts of Dublin city centre amid ongoing concerns over the price they are being paid for their animals by beef processors.

The protest also centred on the continued ill-feeling that has waged between C&D and farming protestors following a decision by the company to seek High Court injunctions against both Cllr Brady and fellow farmer Colm Leonard.

Cllr Brady held face to face discussions with Mr Creed in Dublin yesterday over the Fine Gael's statement in the Dail about alleged death threats made to C&D management, adding he was still somewhat disillusioned by the saga.

"Meat Industry Ireland (MMI) said the injunctions in place against myself and Colm Leonard couldn't be stood down because C& D weren't part of MMI and then it comes out in the Dail that there were death threats made against C&D," he said.

"The whole thing is farcical. It just shows Larry Goodman (ABP founder) has very little respect to lift the injunctions and allow the Taskforce to meet."

That taskforce, which includes six leading farming organisations, the MMI and an appointee made by Mr Creed have yet to meet in a bid to resolve the crisis.

Cllr Brady was unequivocal as to where he stands on the issue and warned of what may lie ahead unless action to break the impasse is effected without haste.

In setting a deadline for December 15 for the injunctions to be lifted, Cllr Brady warned: "What I am calling for is for all farming organisations to unite because if we have to come down here again Dublin will be closed for a very long time.