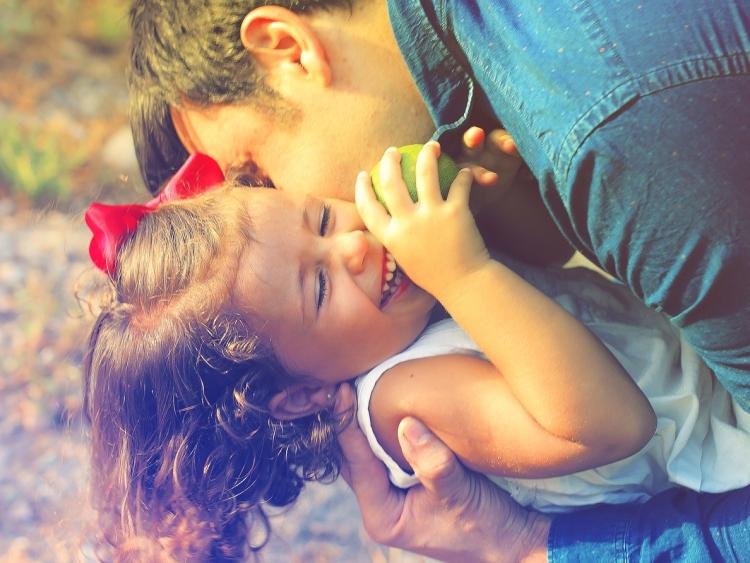 Rightly or wrongly there were many things I expected to happen when I found out I was becoming a parent. Well seven and a half years into it, I can safely say there are way more things I just didn’t expect.

I think it’s fair to say that becoming a parent – for the majority of people anyway – is the most joyous, yet scariest part of life.

Your emotions are all over the place, your sleep routine has been shot to pieces (training for what’s to come) and if it’s your first baby, you simply haven’t a feckin' clue what to expect.

What you do know is your life is going to be different from what you’ve been used to - very different! So in no particular order here are a few ‘situations’ which fairly caught me on the hop.

How quickly a situation can change: I mean like hitting fast forward on a night out with your mate who can’t handle their gargle! It’s the prerogative of a seven and four year old, right? One second everyone is happy having a laugh and a giggle and then BOOM, their world falls apart in record fashion. What’s the issue this time ha? Let me guess, incorrect sandwich cutting techniques? Wrong colour socks? I opened the door when they really wanted to do it?! Holy feckin’ moly.

Parenting with the Stented papa #10: Being a stay at home dad is the best job of the lot

Parent manipulation: I’m convinced small children should actually rule the world! Their powers of manipulation are matched by nobody and let me tell you, at this stage I’ve fallen for it like, I don’t know, a few million times!

Public swaying parent: I have found myself swaying and humming twinkle twinkle while queuing in the supermarket for a sandwich or God knows what – it’s become second nature to me. Only thing missing while I was in full swaying mode? My child!

The ‘physical abuse’: Yes, maybe that’s a bit too strong a term (hence the inverted comas) but there are many days when I have whopper bruises from when the girls decide to launch themselves at me with absolutely zero warning. You know, when cuddles turn and end up including WWE style elbows nailed into your gut/head/back/shins (etc) and the worst ones of all – the full force raised knee manoeuvre straight into me jimmies!

Babysitters you can trust: They’re like liquid gold – and good luck trying to find that.

The mess: So Nip1 was a pretty tidy baby/toddler. Nip2 on the other hand, rode in on her imaginary Harley spraying all sorts of mess and muck everywhere – on me, on the walls, on the floor, on the dog. But together, they are like an internal tornado.

Parenting with the Stented Papa #15: Solo parenting - When Mama is away

Phases: There’s nothing you can do about these so we just roll with them. The good, bad, and the very bad. When your nips are young – especially the first – you have the odd moments of brilliance where you really think you’ve absolutely crushing it as a Dad… You think you’re an amazing parent, you are an incredible parenting team… and then the next phase comes to kick you in the goolies. Experience tells us to accept and enjoy the good phases and reminds us through the bad ones that there’ll be something else coming up very soon.

Bums and farts are hilarious: During our first wedding just after our vows, Nip#1 let out the biggest ripper of a fart just as everything went quiet! It had us all in stitches but she didn’t bat an eyelid! Cool as a cucumber. But it’s fair to say that the conversation around bums and farts keeps the nips laughing their arses off all the time. (Pun absolutely intended ).

Nits: Why? Seriously why?!

Bodily Fluids: At this stage, I’m way too comfortable with these things. ‘Food goes in, poo comes out.’ That was one of the first things Dad said to me after we told him we were expecting and ya know what, he’s not wrong!

In conclusion: It’s fair to say, becoming a parent is such a massive learning curve. You’re thrown into the deep end and you learn how to swim as fast as you can. We don’t always get it right but we learn as we go and we become better parents because of it.

Personally, becoming a Dad has been the making of me. My two daughters have turned me into a man. A man who absolutely loves his job. A man who provides for his girls with pride, fun, laughter, the odd raised voice here and there and with unlimited amounts of love. Bottom line? Being a (Stay at Home) Dad absolutely rocks!

Parenting with The Stented Papa #8: Back to school, after school activities & life