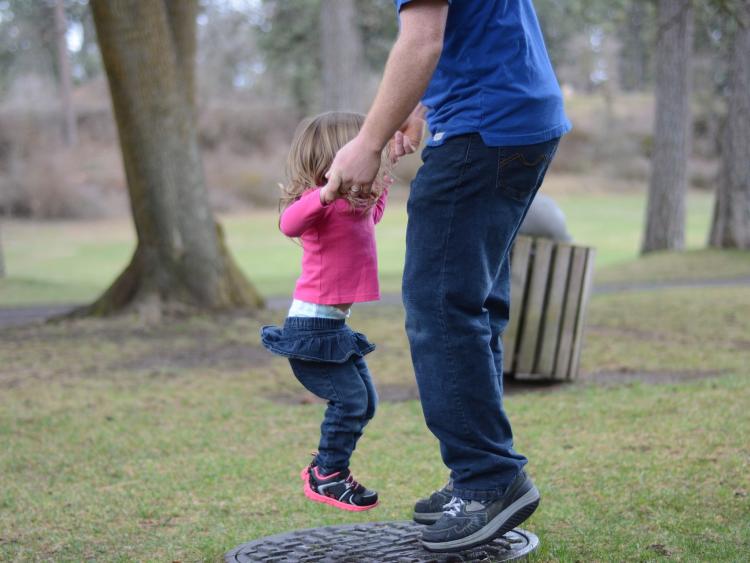 Ok so, using the term ‘Solo Parenting’ is slightly misleading. I’m 100% not a solo parent. That said, I am from time to time because the Stented Missus travels a lot with her work. In fact, she only flew to the States yesterday morning for the coming week. On average, she’s away with work every seven or eight weeks.

When I say that to people, the reaction is normally one of two responses: ‘that’s a lot of travel’ and/or ‘you’re left on your own with the nips? Wow, that must be tough?’. In short, the answer to both is ‘Yes’. But not as tough as you might think.

Yes it is a lot of travel. The Stented Missus travels across numerous time zones to reach her destination, which inevitably brings jetlag. When her destination becomes clear, 99.9% always have the same reaction - ‘Oh wow, that sounds amazing, lucky her’. But anyone who travels for work (or has done so in the past) knows it always sounds way more glamorous than it is.

The reality is you’re stuck in an office. Four walls, ceiling, computers, meetings, albeit with people from far away. To all intense purposes, you could/should be in your normal office - especially with all the technology available today.

That said, despite tech benefits, productivity between teams is always better when they are together - hence the travel.

The major difference is you’re jet lagged and you happen to be on the other side of the globe. Glamorous, on first impression; peel away the onion layer and reveal the reality.

Parenting with the Stented Papa #14: My solo trip to Ikea with the nippers

Yes I’m left on my own with the nips but being alone is also a factor Mama has to deal with when she’s away too.

Because I am a full time SAHD (Stay at Home Dad) it is part of what I do. This is my job. So having the nips on my own is just another week at the office. Yes, there’s an adjustment in terms of it being only me on duty 24/7 but it’s not a huge change.

I do remember the first time I was left in charge when the Stented Missus was away - that was fairly scary alright! Our nips were a lot younger then - Nip 2 was only a few months born at that stage. Nip2 was still being breastfed so when Mama left, there was no choice but to switch to bottles but thankfully Nip2 was okay with the change.

It bemuses me that, in 2019, some people still hold a mindset of ‘Really? The dad? Left on his own minding his own children?’ or even worse when it’s referred to as ‘babysitting’ - I am not my own children’s babysitter, I am their dad.

What they are really suggesting is that it’ll end in disaster. Well ya know what? For want of a seriously stronger word - balls to that negative, outdated thinking.

I absolutely love what I do and spending time with my own flesh and blood - there simply is no better time spent.

Strangely enough, I don’t burn the house down. Lunches and dinners are still made. School runs are done on time.

Dad’s are in the mix these days. And, for the most part, they don’t want it any other way. Being involved is win/win. We are not living in the 50s anymore!

Parenting with the Stented papa #10: Being a stay at home dad is the best job of the lot