Roving Leader: Ardagh native powering his way to a podium finish in 2020 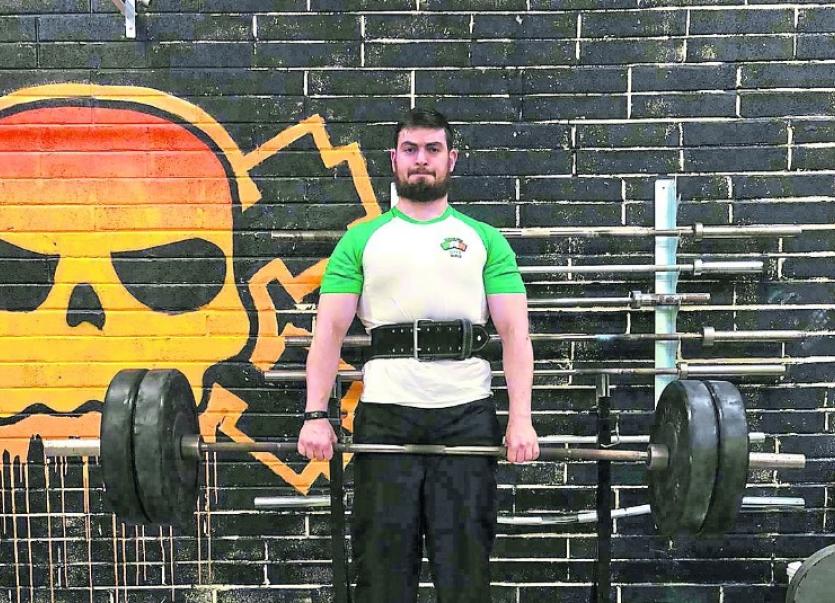 Although only just over one year into his powerlifting career, Ardagh native Daniel Keenan has already flown the flag for Ireland, having just competed on the world stage in Canada.

Son to Danny and Sheila, Daniel wasn’t much of a fitness fanatic in his younger years and it wasn’t until he went to college in AIT that he was stricken with the weight-lifting bug.

He explained to Kevin Forde of the Leader, “I wasn’t really that big into fitness when I was a kid, in fact, I was actually a larger child.

“But when I went to college, I started getting into the gym and training and general fitness.

“Then about three years ago, I started training for a Strongman competition.”

Believe it or not, Daniel’s journey into the world of Powerlifting only began in September of last year. It was while training for the aforementioned Strongman competition, which he didn’t end up competing in, that Daniel made a move which would change the course of his future for the better.

He said, “I didn’t get to do the Strongman competition in the end, I ended up doing a powerlifting one in Thurles.

“I entered the powerlifting competition last year to just kind of get the feeling of having a crowd watching you.

“I was training at home alone before that. I started powerlifting and I just liked it more so I stuck at it,” he added.

His interest in powerlifting was peaked by Longford Fitness, who helped him get started in the sport.

He stated, “Longford Fitness were doing powerlifting for a while and they kind of got me into it at the beginning, teaching basic techniques for competitions and that.

“The guys in there helped get me started in it, so thank you to them.”

He chose this organisation as all competitors are drugs tested, meaning it is a level playing field for all in competitions. He also praised the camaraderie among fellow competitors.

He said, “The organisation I am involved with are all drugs tested at random, so you know you are on a level playing field. There is no favouritism.

“The first competition, I didn’t even know the right rules and didn’t bring the proper equipment, but the lads who I was competing against lent me their own gear.

“There is a great camaraderie with competitors,” he added.

Roving Leader: Friends of Newtownforbes, a charitable initiative started over a pint of the good stuff

Although having only made his start in the sport recently, Daniel admits he has been full pelt ever since, competing in many different competitions over the past twelve months.

He remarked, “In my first competition I came fourth. Since then, I have been consistently coming second.”

Soon Daniel qualified to compete on an international stage, the 100% raw powerlifting world championships, after performing amicably in the full power awards.

By October of this year, Daniel was travelling to Canada to represent his country for his first time and try and get his hands on world title.

“I was out there for a week at the start of the month,” Daniel explained.

“It was great. There was fourteen other Irish competitors there with the Irish team and they all performed brilliantly.

“The Irish team came third overall in the competition.”

Daniel himself missed out on a place on the podium in his own age category of the competitions, finishing fourth overall, however, he managed to achieve a number of personal bests. He managed a 140kg Personal Best and a deadlift of 220kg, which was his competition best.

In terms of the future and Daniel’s aspirations, he has no qualms in sharing his ambitions. In the short term, he hopes to take a national title. In the longer term, however, Daniel has his sights set on a much bigger prize.

He stated defiantly, “I want the National title this year,” before adding, “I want the podium in the world championships in 2020 as well.”

In the meantime, Daniel will continue his arduous training schedule in his Ardagh home with one eye on competing in Dublin in December, while he also has an application in with Longford county council for a sports grant to allow him to progress even further and pay for competitions which have previously come out of his own pocket - such as his recent trip to Canada.

“I train at home. There is nowhere really in Longford that have the facilities for it,” he said.

He said of his trip to Canada, “I managed to raise €600 before it, but that was only a drop in the ocean. I now have an application in with Longford county council for the sports grant, but I haven’t heard back from them yet.”

In conclusion, Daniel wished to thank his parents for putting up with his hectic training schedule, not to mention his physio for helping him through some sore times and his sister, Tracey, for her constant support.

He noted, “Thanks to my mother and father, for putting up with me training and getting injured.

“And also to the physios at Miranda Moran physio.

“They have patched me up many times when I was broken.”