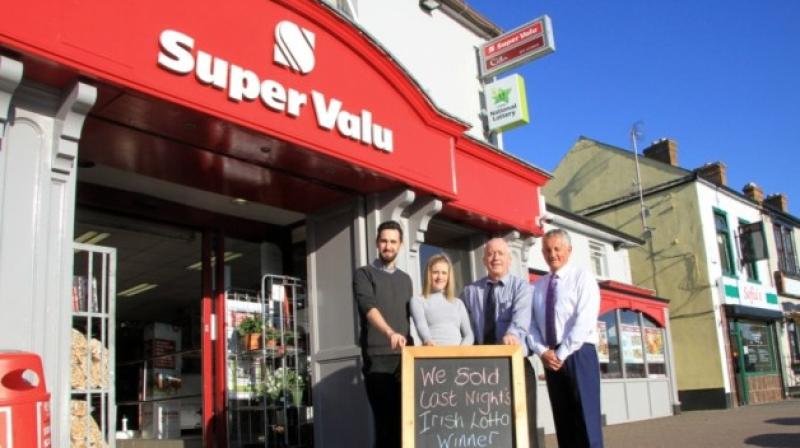 There was elation for one Longford lottery player as they were confirmed as the winner of a €1m prize in the Daily Millions draw.

Despite the town’s relatively small population, Ballymahon hit the headlines in 2015 when a winning ticket for a €2.9 million Lotto jackpot was also sold at Smyth’s SuperValu store.

Owner of the lucky store, Pat Smyth said of the most recent win, “This is just terrific. For such a small town to have achieved two significant lottery wins in such a short period is just fantastic, we are absolutely thrilled for one of our lucky customers.

“Word of the win is spreading like wildfire this morning and I know the entire town will be over the moon with this persons win. It’s all anybody can talk about in the store this morning and the overriding sentiment is that they are hoping that it is a local customer who has the winning ticket.

“€1 million is a huge amount of money but this will be absolutely life-changing for one lucky person in a small town like Ballymahon,” he said.