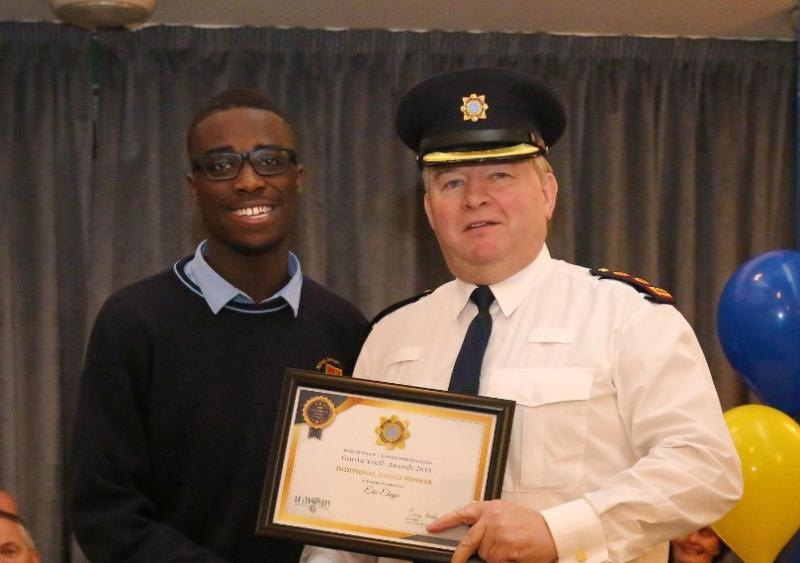 Longford student, Eric Ehigie, was one of 157 chosen from throughout the country to take part in the upcoming RTÉ climate youth assembly in Dáil Éireann.

Longford’s Eric Ehigie, first applied to take part after hearing about it through his affiliation with the Irish Second-level students’ union.

He told the Leader, “Being picked was a very proud moment.

“The application process consisted of a series of questions, some to be answered through typed word, and others to be answered in video form.
“They were all related to the climate crisis, and asked applicants what they felt needed to be done to better things.

“Over 1000 young people applied, which is brilliant. It shows the enthusiasm the youth of Ireland have when it comes to tackling the climate emergency. Unfortunately only 157 delegates could be picked, but I am very grateful to be one of them,” Eric continued.

The event will take place on Friday, November 15, and the session free to watch on RTÉ2, as well as various other broadcasting stations.

The event will see over 150 of the greatest young minds come together to help put forward some climate change-related proposals to an Ceann Comhairle.

Each delegate will be put into various groups, each one relating to a certain aspect of climate change. Eric was chosen in the ‘education group’.

He explained, “We are hoping to put forward practical proposals on the day for the government, and for the people of Ireland to then take on board and implement, in order to lessen the blow that climate change is having.

“I definitely think a lot could be done to adequately face climate change head on, and prohibit the catastrophic effects that it could have on the globe. Action needs to be taken politically, through legislation and regulations that prioritise climate change ahead of economic, and political interest.”

Continuing he said, “On the ground, the lifestyle that we live as a society needs to swiftly develop also, to ensure that we are doing our part as a people to save our planet. But most importantly, we need to make sure that we are bringing everyone with us into this new phase of sustainable living.

“There are many people who are in disadvantaged positions, and their primary concern isn’t climate change, but is their own survival. We need to make sure that the move away from environmentally corrosive actions is not too expensive, unfeasible or out of reach for anyone in society,” Eric concluded.