Nationwide to showcase Longford in all of it’s glory tonight! 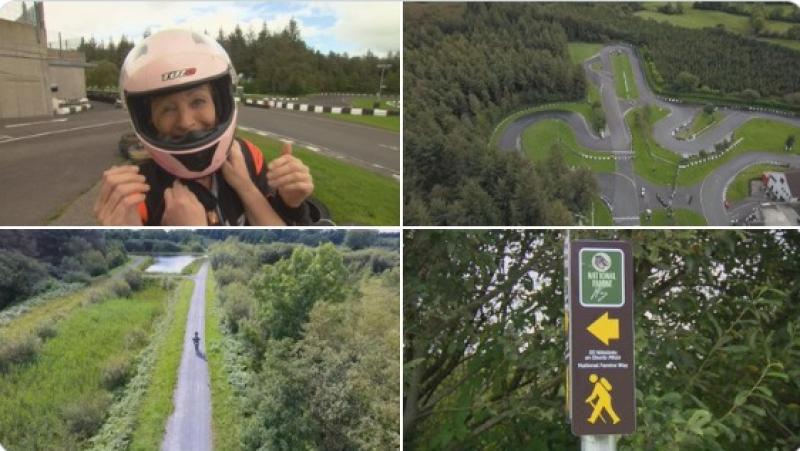 Nationwide returns to our screens on RTÉ 1 later today, Monday October 7, with Longford the main focus of this evening’s programme.

The Nationwide team took a trip to Longford in recent times, to take in some of the things to do and see in the county. The programme will focus primarily on tourist attractions in Longford, featuring Midland Karting in Edgeworthstown, the Royal Canal Greenway and Centerparcs.

On the programme, the team will map the new Longford canal spur cycling and walking greenway with Google's Trekker camera, while Mary Kennedy will then get behind the wheel of an engine go-kart at Midland Karting in Edgeworthstown.

Next up, Mary & Co go bilberry/fraughan picking on Bilberry Sunday in Ardagh. They then head to Ballymahon to take in a trip to Center Parcs Longford forest, where they will see what the €233m development has to offer.

The episode kicks off from 7pm tonight on RTÉ one, or 8pm on RTÉ+1.

This evening on #RTENationwide we focus on some of the tourist attractions of Co Longford including Midland Karting in Edgeworthstown, the Royal Canal Greenway & @CenterParcsIE on #RTENationwide Monday 7th October @RTEOne 7pm & RTE+1 8pm @TourismIreland @waterwaysirelan @rte RT pic.twitter.com/ewYynxYAml