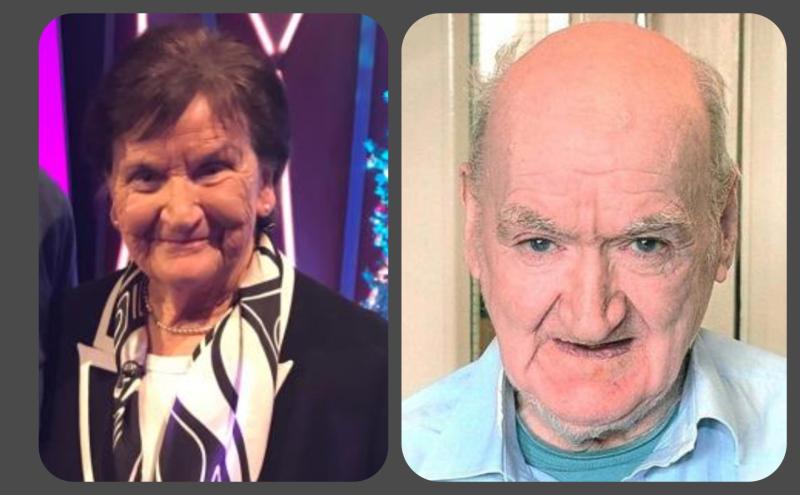 Longford native Margaret Brown, one of the driving forces behind Friends of the Forgotten Irish, who helped organise the Funeral Mass of Joseph Tuohy (right) who died alone in London

Longford native Margaret Brown, one of the organisers of the funeral Mass for elderly Tipperary man, Joseph Tuohy, who died alone in London, was a guest on Friday's The Late Late Show.

Hailing from Mullinalaghta, Margaret is one of the driving forces behind Friends of the Forgotten Irish, and hundreds gathered in St Joseph’s Church in Glasthule, Dublin last Friday morning for the funeral of the 83-year-old.

Fr Denis Kennedy told the congregation of how Mr Tuohy became separated from his mother when he was just five-years-old.

Originally from Toomevara, Mr Tuohy passed away during the Summer after spending the majority of his working life in the UK Capital. He was one of the Forgotten Irish emigrants who, never returned to the land of his birth and he died in a nursing home in Islington, north London, with his remains being cremated.

Brian Boylan, who runs the St Gabriel’s Homeless Hostel, in London, sent a letter to Margaret about the passing of Mr Tuohy. He used to visit Mr Tuohy several times a week so he would not be alone and said it was thanks to Margaret's hard work that Mr Tuohy returned home and receives the respect he deserves.

The funeral was covered by both RTÉ News and Virgin Media News, while Margaret and Brian Boylan were interviewed on The Late Late Show by Ryan Tubridy. When the interview concluded, Kevin Doyle from the National Services sang 'A Parting Glass'.

The segment of the show moved many people.

One person tweeted; "Say what you will about the, that opening segment and rendition of ‘The Parting Glass’ was the epitome of what this country does better than any other and what sets us apart...for the right reasons."

Another tweeted: "We should never forget how hard peoples lives were in the old days. Maybe when we are having a whinge about trivial things these days, we should remember this story tonight. RIP Joseph."

The funeral mass of an Irish survivor of institutional abuse who died in England without any known family heard that both the Catholic Church and the Irish State treated Joseph and his mother brutally. Joseph Tuohy died on 11 July aged 83 in London. | https://t.co/tqgljzJppK pic.twitter.com/JlQcFQCN2Y

#WATCH Forgotten in life but remembered in death

Say what you will about the #LateLateShow, that opening segment and rendition of ‘The Parting Glass’ was the epitome of what this country does better than any other and what sets us apart...for the right reasons

We should never forget how hard peoples lives were in the old days. Maybe when we are having a whinge about trivial things these days, we should remember this story tonight. RIP Joseph #latelate #latelateshow

For everyone the Church and State punished, banished and penalised. It is a good world that we still have sound, kind people like Brian Boylan and Margaret Browne. Rest easy Joseph Tuohy. I am horrified life here was made so hard. #LateLateShow #thepartingglass

This is why I never put up with people talking s**t about Ryan Tubridy. What a stunning tribute #LateLateShow

It was a beautiful Mass, full of emotion. Thank you to all attended. I have never seen the Church so full. I'm so happy Joseph got the send off he & everyone deserves. Hundreds pay respect to Irish man who died in London https://t.co/0YN2P9wcuL via @rte

Enormous turnout for the funeral of Joseph Tuohy. If only he had received this level of support during his life. At least we can honour him in death. Well done to all who have helped to do this for him. #josephtuohy #forgottenirish #glasthule pic.twitter.com/Th5bsdBQZj