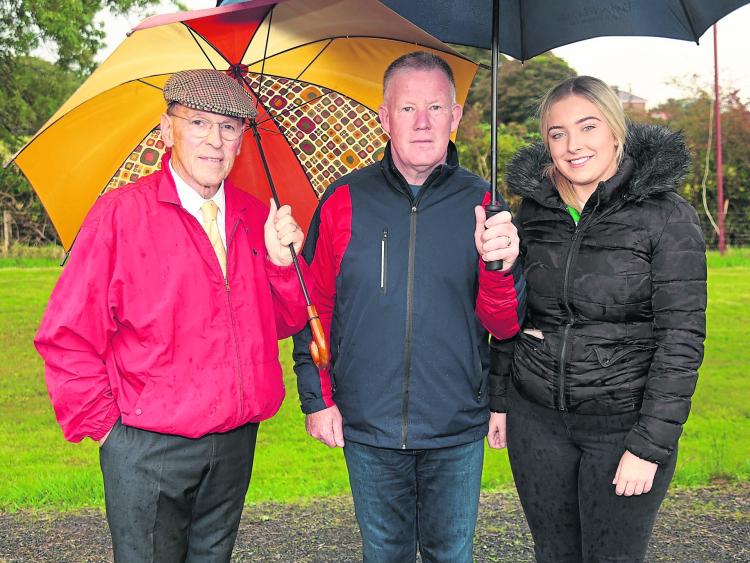 Last weekend saw very special events in Granard and Ballinalee, recalling some aspects of the Irish Revolution in the North Longford area.

One of the aims of the weekend was to highlight the importance of cultural organisations such as the GAA and Gaelic League in the Revolutionary period.

He also spoke of the importance of commemorating the War of Independence in Longford and of ensuring that children and young people learn about it.

Bernard Sexton of the Clonfin Commemoration Committee then gave a wonderful talk on ‘The Volunteers/IRA in County Longford, 1917-21’.

Bernard is a grandson of Seán Sexton, a member of the North Longford Flying Column, and an expert on the events of the time.

He outlined the development of the Volunteers/IRA, described their activities and referred to some of the key figures, including Seán MacEoin, Seán Connolly and Tom Reddington.

The large audience included several relatives of members of the flying column.

On Saturday morning, there was an exhibition in the Thomas Ashe Hall in Ballinalee. On display were projects done by children from the local school, Scoil Samhthann, and St Teresa’s NS, Killoe, which looked at life a century ago.

The work was prepared under the guidance of the class teachers and Eamonn Brennan, one of the organising group. Also on display were information boards on Seán MacEoin and the North Longford Flying Column.

On Saturday afternoon, an enthusiastic crowd braved the rain at Maguire Park to watch a match in which Seán Connolly’s Club played Killoe Emmet Óg. This was a re-enactment of the 1919 County Senior Final, in which Clonbroney Camlin Rovers beat Killoe Young Emmets.

Many of the players went on to take part in the War of Independence. To add to the sense of occasion, Longford Pipe Band led both teams onto the pitch. The result was the same as it was 100 years ago, with the hosts winning!

Amongst the spectators were visitors from Noyal-Chatillon-Sur-Seiche, Longford’s twin town in Brittany. To round off the day, there was a céilí in the Thomas Ashe Hall at which the Longford Céilí Band and other artists performed.

The final event of the programme was a guided walk of the Clonfin battle site, led by Bernard Sexton and Sr Maeve Brady, whose father Tom was a Clonfin veteran. Attendees got a great insight into how the ambush was planned and executed.

The level of interest in the weekend augurs well for the commemorative events and projects that are planned over the next few years.