Commemorating the war of Independence in Longford 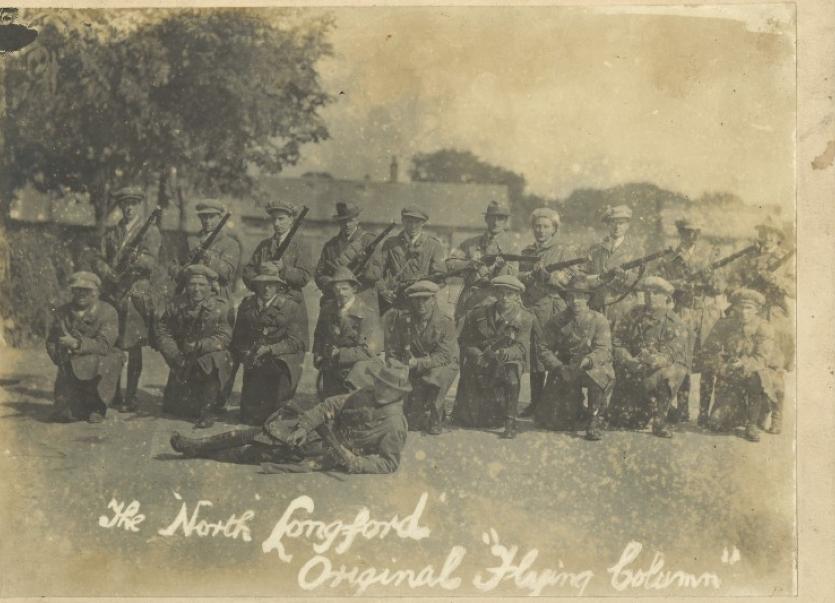 As part of the Decade of Centenaries Programme in County Longford, there will be a weekend of commemorative events in Granard and Ballinalee from September 20 t0 22.

The programme gets underway in Granard Community Library at 7.30pm on Friday, September 20, when Bernard Sexton will give a very interesting talk on ‘The Volunteers/IRA in County Longford, 1917-21’.

Bernard, whose grandfather Seán Sexton was a member of the North Longford Flying Column, has done extensive research into this subject.

On Saturday, beginning at 11 am, there will be an exhibition in the Thomas Ashe Hall, Ballinalee. On display will be work produced by children in Scoil Samhthann, Ballinalee, and St Teresa’s NS, Killoe, under the guidance of their teachers and Eamonn Brennan, a member of the organising group.

There will also be a poster exhibition on Seán MacEoin and the North Longford Flying Column.

This year marks the centenary of a County Final in which Clonbroney Camlin Rovers beat Killoe Young Emmets. Many of the players were members of the Volunteers/IRA.

To commemorate the game, there will be a match at the Seán Connolly ground, Ballinalee, at 2.30pm on Saturday afternoon.

Players will be drawn from Connolly’s, Killoe Emmet Óg and other north Longford clubs.

Longford Pipe Band will play on the occasion and those attending are invited to dress in period costume, with a prize for the most appropriately dressed person.

The day will finish with a céilí mór in the Thomas Ashe Hall, beginning at 8pm. The Longford Céilí Band will be amongst the performers and a great evening’s entertainment is in store.

On Sunday, there will be a guided walk of the site of the Clonfin Ambush, which occurred on February 2, 1921.

The guides will be Bernard Sexton and Sr Maeve Brady. Attendees are asked to assemble at the Clonfin Memorial at 2 pm and wear suitable footwear.