This isn't the last we'll see of Ballymahon's Maura Higgins 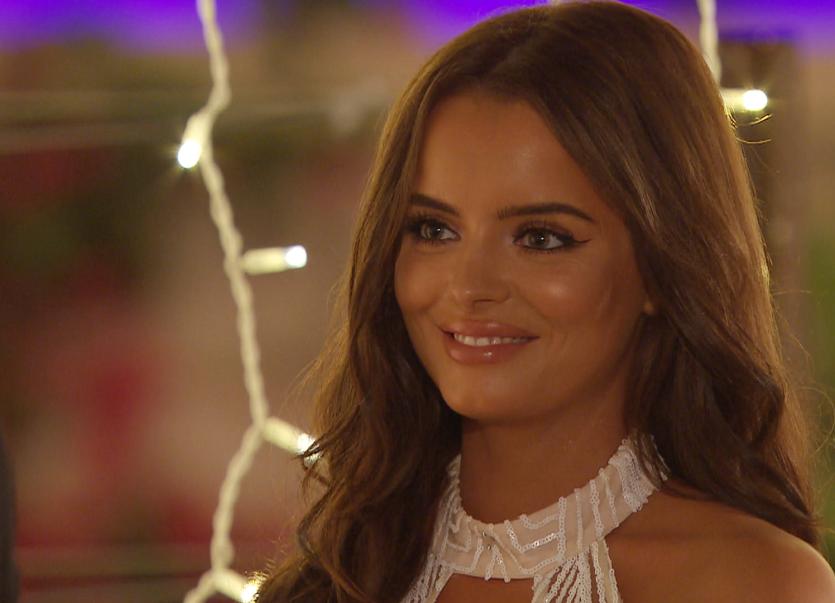 Maura is all smiles as she listens to Curtis’ declaration of love Picture: VirginMediaTwo

She may not have won, but Maura brought the fun to Love Island this year, writes Jessica Thompson

Phrases like “fanny flutters” and “are you thick with me?” (pronounced ‘tick’, of course) will be spouted all over the UK following this year's epic season of Love Island... and I'm not even joking!

That's all down to Maura Higgins who brought her unique Ballymahon charm to the show in week two and has kept the audience laughing ever since.

Maura and her partner Curtis Pritchard may not have come out on top and nabbed the £50,000, but making it so far and coming in fourth is really going to pay off for the local model.

In fact, her management team are vowing that this isn't the last TV viewers will see of her and that she'll be back on our screens very shortly.

Maura brought something new and different to the show this year. Like her or not, her open and honest nature along with the fact that she steered clear of a lot of petty dramas in the villa, made her stand out almost as much as her lack of shame when it comes to talking about sex.

She took no prisoners when going for what she wanted; she supported her friends in times of difficulty; and she was never afraid to tell others what she thought of them - just look at how she shot Tom down when he disrespected her.

And, judging by the huge crowd gathered in Skelly's Bar for the finale on Monday night, Maura has really left an impression on viewers.

A big screen provided by Still Voices Short Film Festival, along with music by local DJ Michael Conlon, were brought out for the Love Island party on Monday as crowds laughed and cheered on the local model.

Even the cathaoirleach of the county, Cllr Micheál Carrigy, was eager to be in the thick of the action to support the Longford girl.

“Couldn't be in a better place than Skelly's Bar, Ballymahon with the missus to watch the final of Love Island,” he said on Facebook.

“Maura Higgins has brought a fun and positive side of Longford to the screen.”

When Maura came fourth on the competition, it was clear who the crowd's second favourite couple were and, when Irishman Greg and Newcastle girl Amber were announced the winners of this year's Love Island, Skelly's errupted with cheers and applause.

It's been a long eight weeks in the villa one one thing is for sure: Maura Higgins has put Ballymahon well and truly on the map.