Love Island: Greg and Amber land top prize as Longford model Maura Higgins vows to be back on our TV screens very shortly 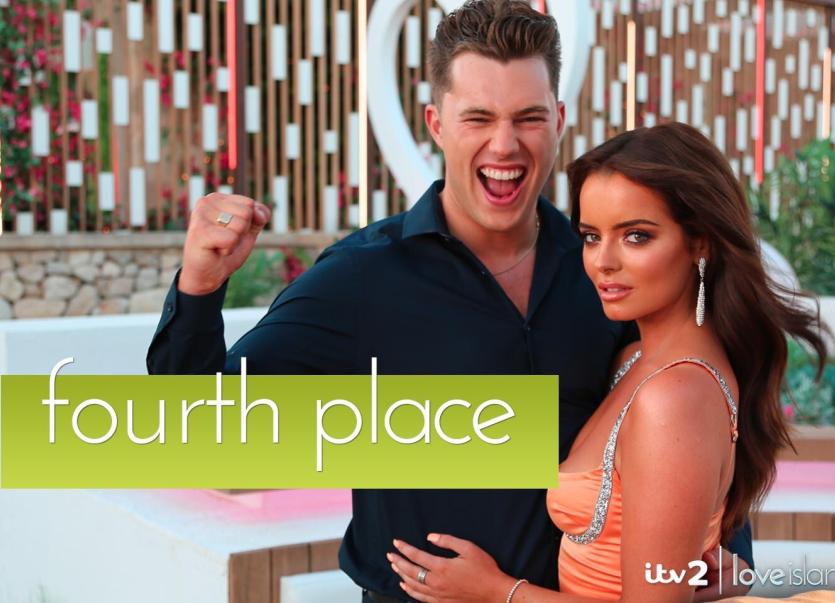 Although Longford model Maura Higgins and her partner Curtis Pritchard didn't manage to capture the Love Island top prize of £50,000, her management team are vowing that this isn't the last TV viewers will see of her and that she'll be back our screens very shortly.

Curtis cha-cha-cha’d his way into Maura’s heart and the pair have been smitten ever since! Congrats on landing fourth place! #LoveIsland pic.twitter.com/GX0Jo6HW1C

After a nail-biting series finale, Greg and Amber were crowned the winning couple by public vote after capturing the hearts of millions of viewers.

True to form Greg chose to split the £50k prize with Amber: “Of course I’m going to share it with her!”

“Yeah I knew he was going to share it,” said Amber.

Twenty-four year old Greg entered the Majorcan villa a little under two weeks ago, and had his eyes set on the one and only Ballymahon bombshell Maura Higgins, but was soon swooned by love-lorn Amber after a series of dates.

Upon Greg entering the villa, Amber told fellow islanders: “His accent is fabulous. And he can take the banter.

“I’m telling you now, I haven’t liked one boy that has come in. That boy has got the luck of the Irish!”

It certainly seems said Irish luck was on Greg’s side in the villa, and his life is certainly set to change outside of it, as the 7’s rugby player now boasts an extra 370k followers on Instagram.

The county's first citizen said Maura has brought a fun and positive side of Longford to the screen.

WATCH | Love Island live final: Curtis hails Longford model Maura Higgins as 'the most beautiful princess in all the lands'

The moment Amber and Greg found out they were the WINNERS of #LoveIsland 2019! pic.twitter.com/CHIR72CQ43

Why Maura Higgins is the real winner of #Loveisland https://t.co/Tk0ecrciYp pic.twitter.com/44k9fblPqg

happy for amber and greg and all that even though i wish my irish legend maura had won but let’s be real WE as a nation won because we gained the treasure that is maura higgins. summer 2019 belongs to this woman. #loveisland pic.twitter.com/1KSv5OsEVJ