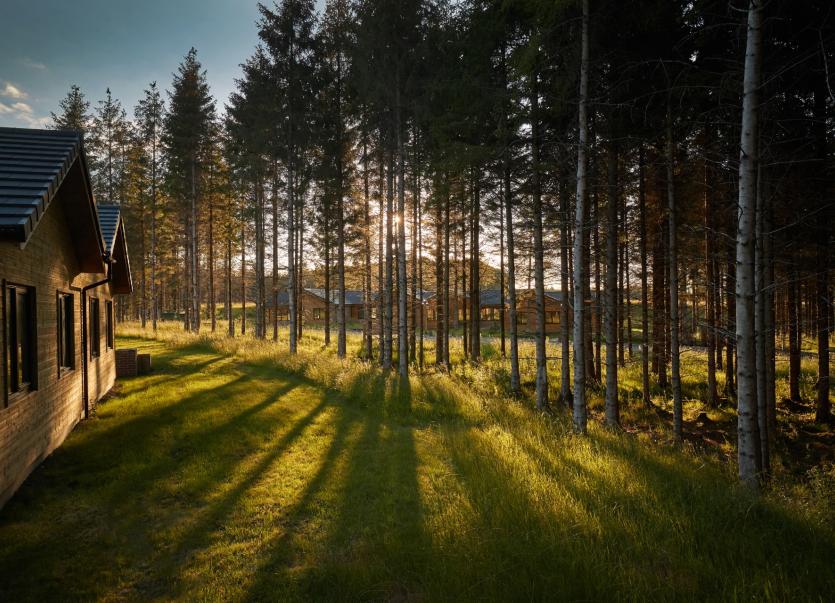 Transformational, catalyst, professionalism, community, family – these are words we hear time and time again when reference is made to the development, located a short distance from Ballymahon.  Since the start of their journey, Center Parcs has provided a best practice template in delivering a significant project within time and within budget.

Longford County Council very much welcomes the opening of Center Parcs Longford Forest.  This is a transformational tourism project for Longford and Ireland’s Hidden Heartlands and will be a catalyst which will profile Longford and the region as a family friendly tourism destination, bringing economic and employment benefits and opportunities.

The benefits of the project are already being experienced in Longford, according to Longford County Council's Chief Executive Paddy Mahon.

Mr Mahon praised the Center Parcs management team for the professional way they dealt with the different authorities and the local community since they decided that the Center Parcs Longford site was the ideal location for Longford Forest.

He commented that the Center Parcs management team, ably led by CEO Mr. Martin Dalby, has worked to the highest professional standards and that their constant engagement with the local community at all stages in the process has been a model of best practice.

He added that Longford County Council committed considerable resources and personnel to work with Center Parcs in advancing its plans and Councillors and staff can be proud that they helped deliver such a wonderful project to the County.

The Council would like to acknowledge the role of Coillte, other relevant agencies, community groups and all elected representatives whose support made the project possible.

Because of Center Parcs’ arrival in County Longford there has been significant investment by Utilities and various Government Departments to improve infrastructure in time for the first visitors.

Electric Ireland carried out significant upgrading works to their transmission infrastructure.  Bord Gáis delivered a gas network to County Longford which is capable not only of supplying the requirements of Center Parcs, but also the needs of County Longford.  Irish Water replaced 3km of supply and distribution mains in Ballymahon Town.

In addition, the Department of Transport and Transport Infrastructure Ireland supported several road improvement projects in the Ballymahon area.

Principal among these is a scheme to enhance the urban streetscape of Ballymahon which will see improvements to the road and footpath pavements, realignment of the principal junctions, introduction of cyclist facilities, and enhancement of the urban environment.

These projects will enhance the urban environment of Ballymahon and they will support the stimulus for economic growth which Center Parcs has provided for the Midlands area.

Mr Mahon explained that, traditionally, Longford was not seen as a tourist destination.  However, the decision by Center Parcs to develop their facility in Newcastle Woods, Ballymahon has changed all that.

Center Parcs has refocused attention on Longford and the Midlands region and has highlighted the possibilities for the hospitality sector, accommodation providers and tourism.

The County is already benefiting from the Center Parcs project in terms of increasing the profile of Longford as a tourism destination, attracting 'culturally curious' and 'experiential' visitors.  Significant investment has already been made in developing greenways along the Royal Canal and blueways on the Upper Shannon.

Mr Mahon concluded, “Longford County Council has worked closely with the Center Parcs team and will continue to do so. Center Parcs, by choosing Longford as their preferred location, has given local people and businesses a renewed sense of confidence.