Maura captures the hearts and imagination of the public, but who will steal hers? 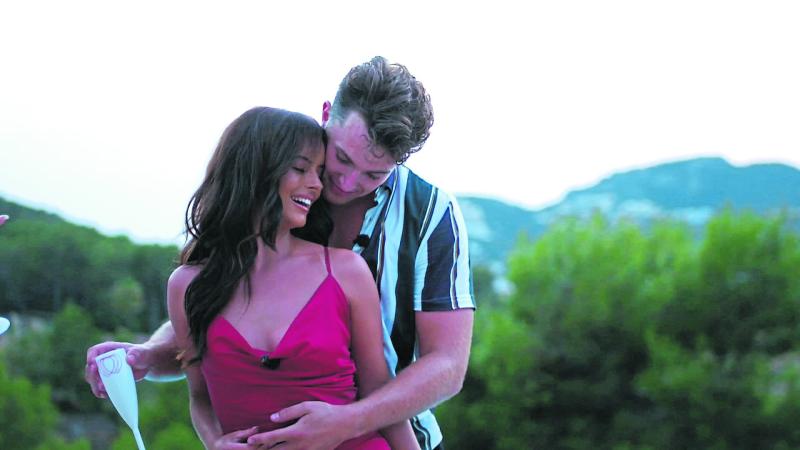 After developing quite the celebrity following outside of the villa in recent times, Ballymahon model Maura Higgins has continued to garner the support of the world while on Love island.

So popular is the Longford stunner, that she recently surpassed the magic one million follower mark on Instagram, while she is also odds of 100/1 to be named the next mayor of Longford.

On the island itself, it continues to be Maura drawing the attention from the adoring public, between her public displays of affection for Curtis and her hilarious variation of the English language. In fact, according to the latest betting odds from Boyle Sports, Maura and Curtis are now 12/1 third-favourites to claim the £50,000 prize.

Although most recent episodes on television have seen Maura and her preferred partner, professional dancer Curtis Prichard, sharing some intimate moments with Maura even declaring herself 'finally happy' after Curtis chooses her over new girl Francesca, another man entering the villa has declared that he has targetted winning Maura’s heart.

Greg O’Shea, a 24-year-old professional rugby player from Limerick, entered the villa last night, Tuesday July 16, and says he only has eyes for Longford's Maura.The full-time Irish sevens player, who played in last week’s Olympic qualifier, has been single for the past year after coming out of a serious relationship and is hoping to get his faith in love restored again.

He says he expects to ‘hit it off straight away’ with the Ballymahon babe.

"I'd say me and Maura will hit it off straight away, being two Irish people and she's hilarious." He said.
Before adding: "She's very naturally funny and she's gorgeous as well so you never know."

"After my last relationship I lost my faith in love so hopefully going into the villa can get my belief in love back." the Irishman continued.

Could Maura fall for the advances of her fellow Irish contestant? Or will she remain committed to the man with whom she has spent the most of her time in the villa?

Tune in to Virgin media from 9pm daily to watch the latest episode and find out.