Over 3,000 people attend Aslan at the Longford Summer Festival 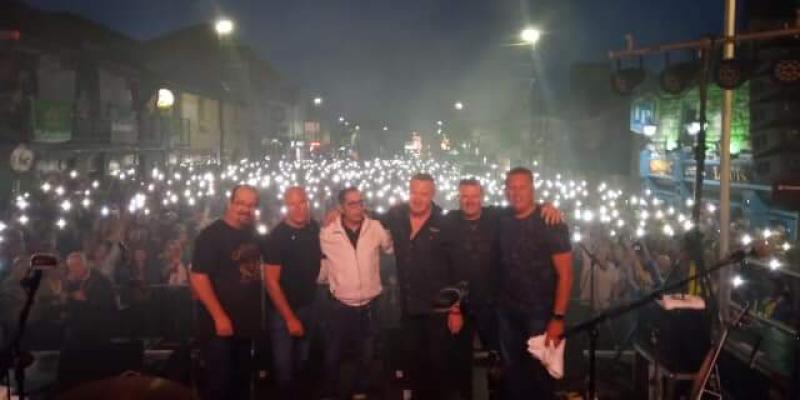 Over 3,000 people attend Aslan at the Longford Summer Festival

The Longford Summer Festival recommenced last night, with a reported 3,000 people lining the streets to capture a glimpse of Irish stars Aslan.

Fresh after their appearance on the RTÉ radio one Ray D'arcy show, Christy and the team took to the stage on Ballymahon street, supported by the traditional music stylings of Ruaille Buaille.

The festival goes country again tonight, Thursday, July 11, as Portumna native Mike Denver takes center stage. On Friday, July 12, Bagatelle are set to make their Longford Summer Festival appearance, in what is sure to be a packed Ballymahon street.

The main night of the festival is Saturday, July 13, when the action returns to Main street as The Stunning AND Irish band State Lights, who have a Granard influence, rock the night away.

WATCH| Longford rock out to Aslan

The action ends on Sunday, July 14, though not before a free family fun day which will commence on Ballymahon street from 2pm. Featuring music from the likes of DJ Duggie, Sugar & Spice, Undefined and more, not to mention free attractions and activities galore, it promises to be an exciting Sunday afternoon.

Should all of that and the bouncy castle village not be enough to keep you entertained, wait around until 7pm when the final night of Summer festival music action takes place. Music on the night comes in the form of local artist Katie Gallagher and the Dublin City Ramblers, before the High Kings bring the festival to a very fitting close.

Don’t forget to keep an eye on our website and social media channels for further festival action!