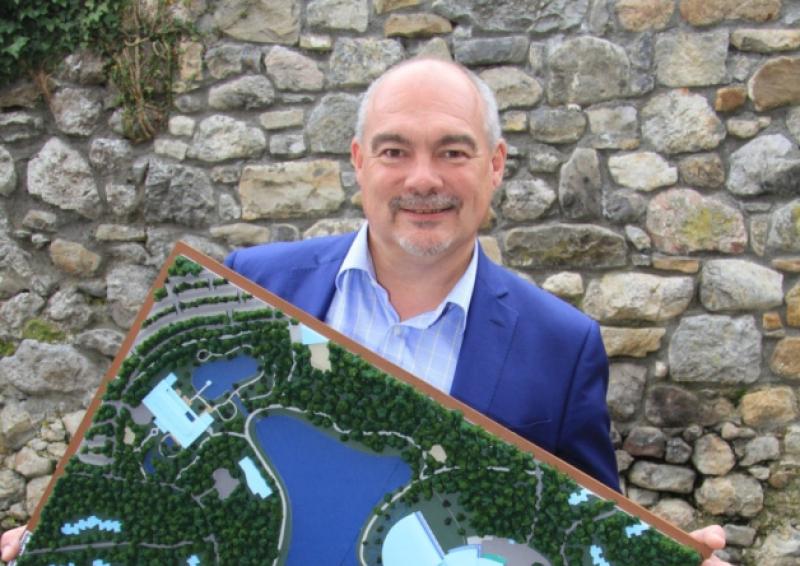 Center Parcs bosses have rubbished any fears over its long term sustainability as it gears up to unleash its award winning tourism model outside the UK for the first time.

Its chief executive Martin Dalby was keen to dispel concerns linked to its ability to keep turnover levels on a par with its 97 per cent occupancy rate at its five UK forests over the past five years. Mr Dalby said the firm had done its homework on the level of demand for a project of such amplitude, a demand he maintained would stand the test of time.

“We (Center Parcs) are very confident,” he said, revealing as many as 20 per cent of bookings for the resort’s first year had already been taken in.

“We have invested a significant amount of money here, €233m.

“We have not just done that lightly.

“We have done that because we are very confident the Irish market needed something of quality and needed something for families and I think the response in terms of bookings we have received so far gives us great confidence that once we are open it will work really well.”

The Center Parcs chief said around 900 of the 1,000 full time positions it intend creating had already been filled with HR executives running the rule over some 8,000 job applications.

“Four years since we announced our plans to expand into Ireland, we all feel an enormous sense of pride and achievement to see the beautiful surroundings of Newcastle Wood transformed into Center Parcs Longford Forest and for Ireland’s families to finally have the opportunity to enjoy a unique forest resort experience,” he added.