Longford festival a rip-roaring success, with more still to come! 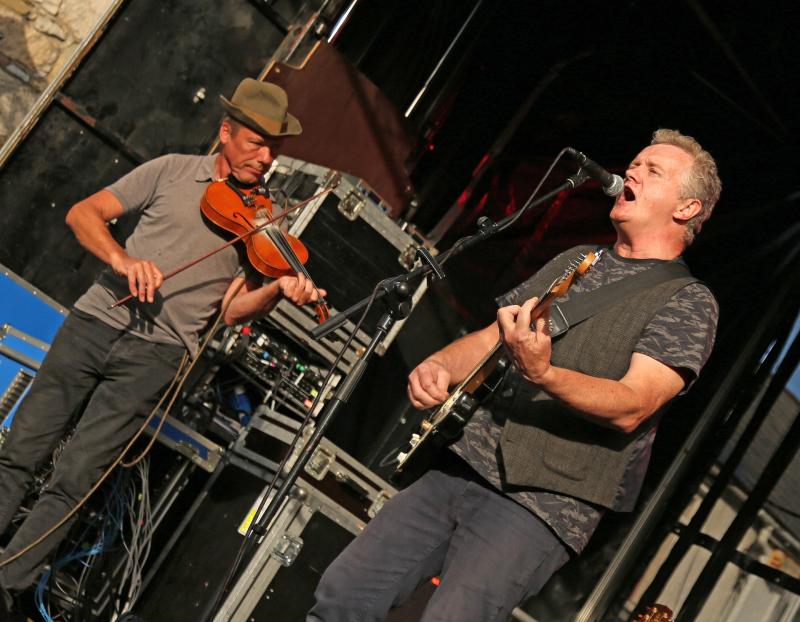 Day two of the event saw tribute act Spirit of Smokie warming up the crowds, before country music superstar and Dancing with the stars favourite, Clíona Hagan, enthralled the masses with a stellar performance.

On Saturday, July 6, the attention soon shifted to the Garth Brooks experience and Field, before Longford feasted on all headline act, Ryan Sheridan, had to offer.

The entertainment didn’t end there either, as Jake Carter returned to the Longford stage on Sunday, July 7, for a third consecutive appearance, taking over from Donegal favourites Goats Don’t Shave. This marked the halfway point of the festival and coincided with a break period, but there is plenty more action ahead.

The music festivities will recommence on Wednesday, July 10, with everyone’s favourite Aslan taking to the mic on Ballymahon street from 7pm. The festival then returns to country music vibes on Thursday, July 11, with Galway’s Mike Denver hitting the centre stage.

On Friday, July 12, firm festival favourites Bagatelle will rock the night away, entertaining from Ballymahon street. The big night of the show and the one which has already gained huge interest is Saturday, July 13, with musical entertainment courtesy of the Stunning and rising Irish favourites, State Lights. State lights feature Granard native Joe Regan.

For those who think the festival fun ends there, bigger fool you are, as on Sunday, July 14, the real entertainment begins. A family fun day will take place on Ballymahon street from 2-6pm on the day, with musical entertainment from the likes of Sugar & Spice, Denise McNamara Flood, DJ Duggie, Undefined and many more.

There will also be an abundance of free attractions and fun games for all of the family, not to mention a bouncy castle village! From 7-11pm, there will be further musical action thanks to local artist Katie Gallagher (KTG), the Dublin city ramblers and finally, the High Kings, who will bring the 2019 version of the Longford Summer Festival to a very fitting end.

With four nights of entertainment behind us and five more in store, there is plenty of excitement building ahead of week two of the Longford summer festival.

Don’t forget to check out some live coverage of the performances to date at this year’s festival, which you can find on our website and/or social media channels. Stay tuned to the Leader for further video coverage throughout the week.