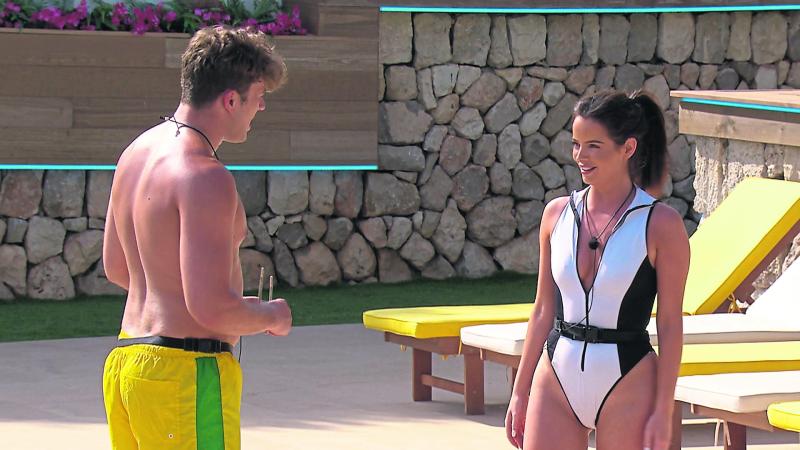 Ballymahon bombshell and Longford 'Queen' Maura Higgins, has taken the Love Island villa by storm and captured the hearts of viewers worldwide.

Many have publicly pledged their support of Maura, with BoyleSports, even offering odds of 100/1 on her becoming Longford’s next mayor once she leaves the show. Watch out Cllr Carrigy!

It is not just members of the general public who have shown their support to Maura, with Taoiseach Leo Varadkar also giving her the ultimate seal of approval.

At the recent topping out ceremony for Center Parcs Longford Forest, An Taoiseach was asked about the Ballymahon native.

“She has an interesting turn of phrase,” Mr Varadkar continued.

When asked if he thought Maura was now a feminist icon, with a wry smile Taoiseach Varadkar answered ‘I don’t know’.

If you thought the support couldn’t go any higher than that, think again, as celebrity A-lister and superstar comedian, Amy Schumer, lent her support to Maura, in a video message which was broadcast on the ITV 2 programme on Sunday night, July 7.

“I want to give a shout out to Maura.

“She’s just like my homie, I feel very connected to her.” she added.

The latest celebrity supporters come after Lena Dunham of US TV show Girls, tweeted that she was on team Maura.

Maura also featured as the topic of Sean O’Rourke’s RTÉ radio one programme, with the presenter even using one of Maura’s famous Love Island phrases, much to the delight and bemusement of the nation.

“You better tell us a bit more about Maura from Longford, who arrived on the scene describing one of the men as giving her 'fanny flutters',” Sean said.

Ellen Coyne, head of politics at Joe.ie, was also on RTÉ radio one at the time and described Maura as a feminist icon.

Meanwhile on the island, Maura is continuing to capture the attention of not only of viewers worldwide, but also a certain dancer by the name of Curtis.

In most recent episodes, Maura told Curtis of her feelings for him, before informing the rest of the villa about her latest ‘flutters’.

Maura explained to the girls that she has had feelings for Curtis since she arrived in the villa, but didn’t want to express how she felt as Curtis and Amy had a strong romantic connection.