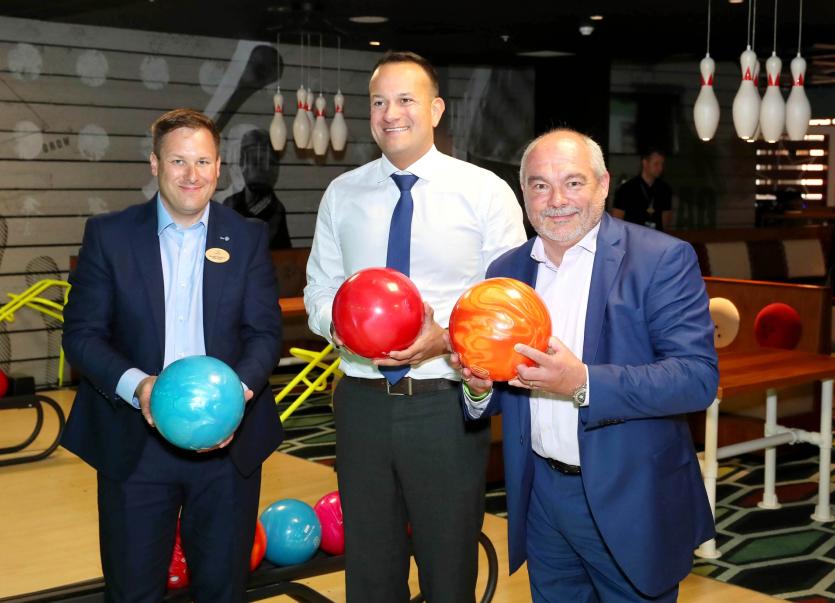 The words of Ballymahon Municipal District Cathaoirleach Cllr Pat O'Toole as he attempted to sum up the enormity of the official completion of Center Parcs €233m Longford Forest earlier today.

"It’s a massive, massive story not just for the region and Ballymahon but ultimately for the country," he said

"We are rightly positioned now to see a big upsurge in tourism.

"I think it is, we definitely need more bed nights and I am hoping we will see that develop over the next number of months."

Cllr O'Toole was among a long and illustrious line of dignataries in attendance at Newcastle Wood this afternoon for the official handing over of keys by contractors to the UK leisure giant ahead of its official opening in three weeks time.

Taoiseach Leo Varadkar was the guest of honour with the Fine Gael leader describing the occasion as "a game changer for the midlands."

He said: "It will bring unprecedented numbers of tourists to this beautiful part of the country and the €233 million investment which has been made by the company in Longford is almost certainly the largest in the county’s history."