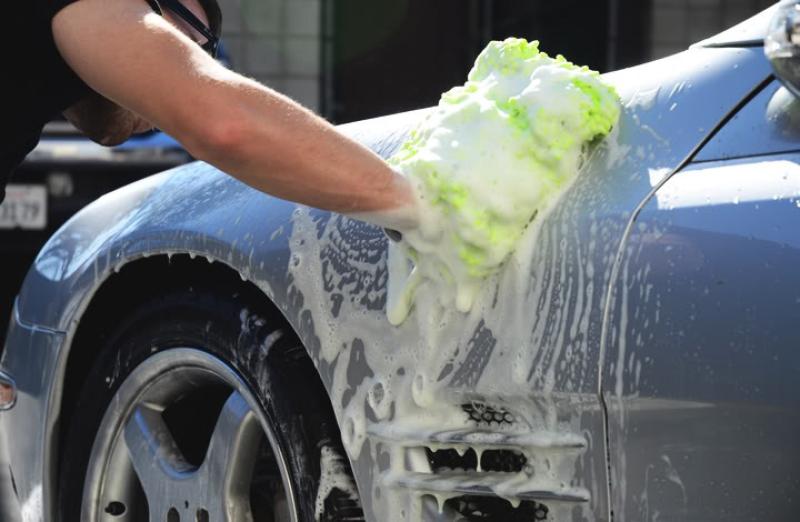 “In honour of judge Hughes, I’m doing free car washes this Saturday the 29th from 10 to 2pm.” he posted.

Mr Kane made the pledge after a court case against him was struck out by Judge Hughes. Longford County council had brought the case against Mr Kane under Section 154 of the Planning & Development Act 2000 following an incident on December 7 2017.

The court was told the Council took the prosecution against Mr Kane after a complaint was made by a member of the public as to the operation of a car wash and its proximity to the N4.

The case was struck out in court by Judge Hughes, who slammed the council for  an “appalling prosecution”, before telling Mr Kane he was wholeheartedly on his side.

“You have the total sympathy of the court,” said Judge Hughes.

“I am making no order at all and if I could award you costs, I would.”

Mr Kane has confirmed to the Leader that as a result of the hearing, he has decided to pay it forward and the free car wash offer is most definitely on.

“Yeah it is.” Brean confirmed to the Leader when asked if the car wash offer was real.

“It’s a service I have always provided. I generally give my customers a free car wash after I service them. It’s only a small thing but it makes people love their car again. The car was has been closed for a while because of the council and I just wanted to let people know we are open for business again.

“It’s only a small part of what we do here. My main source of income is vehicle conversions and engineer reports. Any modifications of structural repairs have to be certified these days. I also sell a few 4x4’s, cars and vans. You kind of need to be at everything so if sales are slow, there’s something else keeping you going.” said Brean.

Brean told the Leader he would love to offer Judge Hughes free car washes for life, but doubts he would ever take him up on that offer.

Brean said, “Mr Hughes is very welcome to come for one and I’d probably give him free car washes for life, but I wouldn’t want him to think I was trying to influence any decisions in the future, not that I’m planning to see him too much!”

Mr Kane says he will even welcome members of the council planning department on Saturday.

“I understand they have a job to do. But I shouldn’t have been affected as much by a person ringing up with a false name claiming something happened.” he said.

“I don’t even know what the complaint was. The council claimed that water could flow onto the road, but unless water start flowing uphill, that wasn’t going to happen.

“At least it’s on a Saturday, so none of them will be working! So they are all more than welcome.”

Brean then called for more transparency in the planning process, especially in terms of complaints, to prevent instances like this recurring.

“I like to see more transparency with the planning process.” he said.

“First of all a person making a complaint should have to prove who they are and not give false names. They should also outline their objections and these should be investigated before planning authorities make rash decisions.

“I would also like to see planning been made more affordable...I think people with job security forget how tough it is sometimes, or fail to realise the impact their decisions have. The car wash previous provided a living for 3 people and hopefully it will again.” Brean added.

Brean also confirmed to the Leader that a donation box will be set up at the car wash on the day in aid of the ISPCA and although the car washes are free, people can donate something of their choosing to a worthy cause.

“I’m looking forward to Saturday. It will be great to see it open again and if I can make people fall in love with their cars again, it will be even better.” Brean concluded.

Also read: Streete to pull out all the stops for annual Parish Park Vintage Day