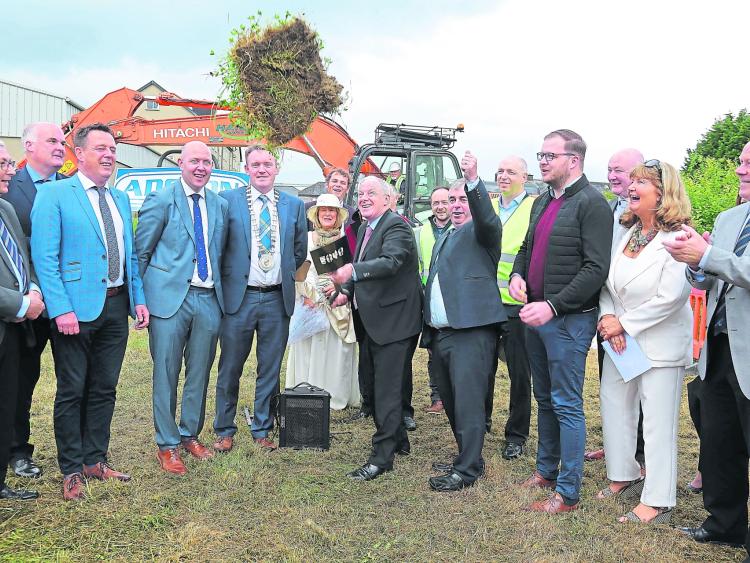 Michael Ring, Minister for Rural and Community Development, was in Longford on Thursday, June 20, to officially turn the sod on the new community library in Edgeworthstown, Co Longford.

The Department of Rural and Community Development has approved funding of €2.4 million under its Library Capital Programme towards the overall €3.9 million cost of this project.

The Libraries Capital Programme is approximately €29 million and supports a total of 19 projects.
Minister Ring stated, “Edgeworthstown is a long time looking for a new library.

“We did allocate previously over €1.4m, but we had to come back again to give a second round (of funding). So my department is providing €2.4m out of €3.9m. The county council are matching the rest.” he confirmed.

Minister Ring then praised Longford county council CEO Paddy Mahon for his work on the project and the continuous work of the county’s library staff.

Before officially turning the sod, Minister Ring issued a warning to the Irish public to start using services such as the library, or risk losing them in the future.

He stated, “I am making the call to the people of this county and this country, If they want their services they must use them.

“We have seen in the past where services haven’t been used and are lost and then there are big public outcries.” he said reiterating his call.