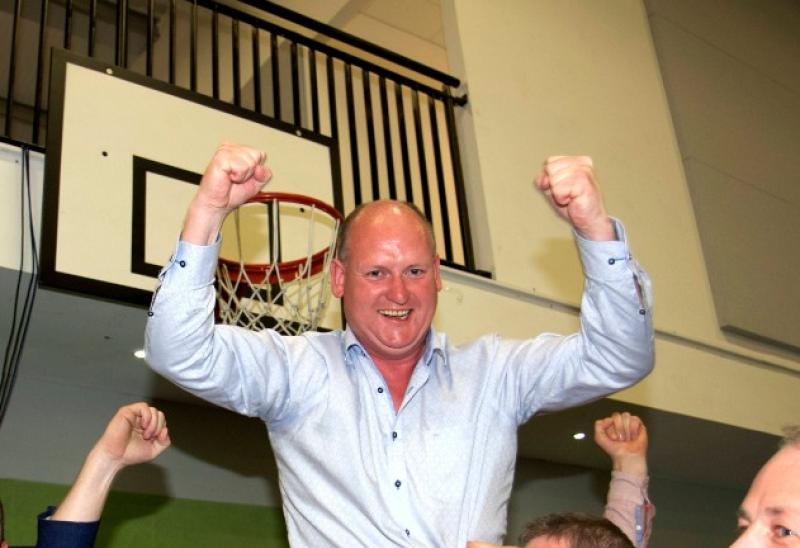 The deal, should it be signed, would override a previous pre-election arrangement which had been provisionally agreed between the council's three outgoing Independents Mark Casey, Gerry Warnock and Mae Sexton.

The Leader revealed details of that arrangement over the weekend as counting for the local elections got underway at Edgeworthstown's St Mary's Community Centre.

However, when it was confirmed that Ms Sexton had lost her seat negotiations over a fresh deal took place with much of that focus centred on the poll topping exploits of Turlough McGovern in Granard.

Cllr Gerry Warnock said despite the breakdown in negotiations, it was not overly surprising to see Fine Gael, who won 9 of the 18 seats available on the council, revisit what was provisionally in place.

It's understood the broad details of an agreement with Cllr McGovern have been agreed in a move which would see the north Longford farmer occupy the cathaoirleach's role for one of the years of the council's upcoming five year term.

It's also expected that Cllr Micheál Carrigy will assume the chair for the first 12 months as deliberations continue with Fianna Fáil over the control of the county's three municipal districts.

Cllr Carrigy's term as Cathaoirleach is likely to coincide with a general election campaign.

The Leader understands an offer has been made to Fianna Fáil, who secured six seats in the May 24 election - a decrease of one on the 2014 election, concerning the make-up and cathaoirleach positions of each municipal district but that offer is likely to be rejected.

Fine Gael chiefs have until this Friday to broker a deal when the newly formed council holds its annual general meeting.