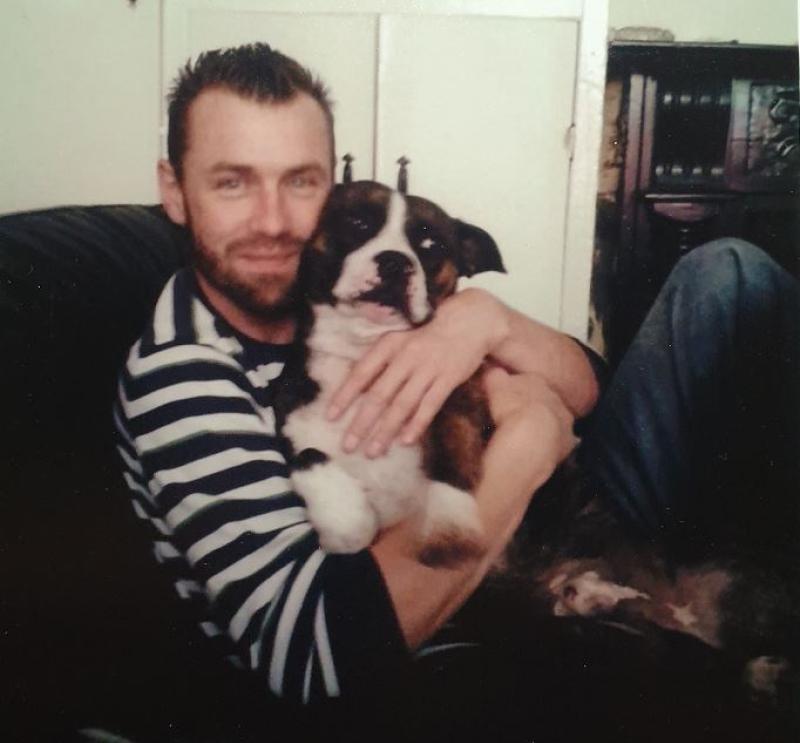 The term 'gentleman' is a title often used yet rarely earned.

In Glen Lee's case, no mantle could be more apt.

As entertaining as he was compassionate, here was a man who epitomised propriety and kind hearted decency.

Indeed, it was that altruistic, selfless side of Glen which marked him out as one of life's genteel of characters and a person who endeared himself to so many throughout his all too short 44 years.

A proud Longfordian at heart, Glen spent much of his early childhood at No 1 Church View, in Granard.

It was a place he would call home alongside his late beloved parents Connie and Maureen as well as his two brothers Noel (Granard) and Alan (Longford).

The busy and vibrant north Longford town apart, Glen would later go on to establish firm roots in Longford, London, Dublin and Mullingar.

Those travels brought with it many acquaintances, an unsurprising disposition which encapsulated the man and his innate ability to reach out to so many with his caring, warmhearted and chivalrous nature.

That universal appeal could also be levelled at his versatile occupational talents.

From construction, painting and decorating to lending his hand as a doorman and market trader both in Ireland and London, you name it, Glen Lee not just dabbled in them but prospered and took on those roles with diligence and poise in equal measure.

Those endeavours extended as far as to include a spell installing LUAS tracks during the early naughties in a further indicator as to Glen's ingenuity and all-round adaptability.

Yet, it was undoubtedly Glen's unremitting talent for music for which he will be most remembered for.

Having cut his musical teeth by mastering the drums, Glen would ultimately find his lyrical calling in the form of the guitar.

His first involvement in the music business was as a roadie with Sean Wilson's band while his performing started as a DJ.

Known affectionaly as DJ Slim, Glen and his brother Alan, through their on stage moniker, The Lee Brothers, soon established themselves as one of the must see duos in the business.

If that wasn't enough Glen prospered on the pub circuit as a solo performer, while in the process amassing a multitude of resident venues all across the midlands.

That passion and tenacity to succeed where others might have wilted would later take on a whole different meaning when Glen faced his greatest battle in his fight with cancer.

Described by his brother Noel, as “always a fun loving, outgoing and kind person”, Glen somehow never allowed his illness to get the better of him.

“When in hospital in Tullamore he brought his guitar with him and used to sneak outside for a smoke and bring the guitar and start an impromptu sing song with anyone that was around,” remembered Noel.

“Several of these sing songs have been videoed and posted on facebook. Two in particular stick out - Hotel California (5620 views) and Wagon Wheel (29033 views). The irony is that I remember him saying he hated Wagon Wheel.”

Whatever about those ironic undertones, there was no denying Glen's generosity to not just his nearest and dearest, but to others in distress or in need of a helping and altruistic hand.

Evidence of those very virtues would manifest themselves the day before his untimely passing when telling Noel after sending him to do a Euromillions quickpick in a nearby shop that his mortgage would be paid off should his numbers allow.

It was a statement which would warm the heart of even the most detached of observers.

A devout animal lover at heart in a trait he inherited from his late mother, Maureen, the pair were perennially known for their rescuing of stray cats and dogs.

At the time of his passing, Glen left behind three dogs, companions in life he cherished and lovingly called his “babies”.

And while all three now reside with Noel, the eldest of those, Bruce endured a very sick start to life, but Glen being Glen literally nursed him to health.

“When Glen passed away I only realised how much he had done for other people,” said Noel.

“So many people have told me how he supported them through difficult times, gave them advice and helped them in any way he could.

“All of those people came and supported his family in our hour of need.”

A fundraiser started up in Glen's name by one of his closest friends, Alicia Carberry raised in excess of €2,000, something Noel said Glen would have been “so proud” and touched by.

It was open-handed gestures like those which Noel contended not just summed up but embodied his beloved brother's contribution to society. “Glen's legacy is the love and respect that is felt for him by all of his family and friends, he left his mark in a way that few people could,” Noel tellingly remarked.

And it is precisely those poignant sentiments which help eloquently personify the late Glen Lee- one of life's most unique, captivating and unforgettable of gentlemen.

The late Glen Lee passed away at Tullamore's Midland General Hospital on May 11 surrounded by his heartbroken family.

A large crowd attended Glen's Funeral Mass at Granard's St Mary's Church ahead of a service at Lakelands Crematorium in Cavan.