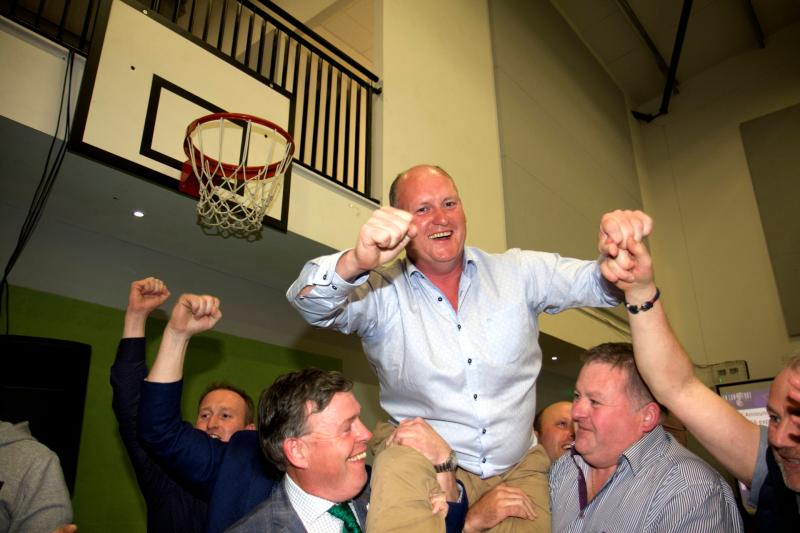 Turlough 'Pott' McGovern on a high after being elected

Poll topper Turlough ‘Pott’ McGovern has declined to comment on mounting talk his mammoth vote getting exploits could pave the way to a tilt at the Dail.

Mr McGovern was staying tight lipped over the rumours as he returned to St Mary’s Community Centre in Edgeworthstown, less than 24 hours after his stunning election achievements were rubber-stamped.

The north Longford farmer said his huge 1,280 first preference haul had not wavered his focus on following through on the mandate given to him by the Granard electorate.

“I wouldn’t rule out anything at this stage,” he said.

“I am only after getting elected as a county councillor, it’s simply too early to be thinking about any of that.”

Mr McGovern was also keen to play down talk of any far right leanings after he was pictured being hoisted aloft by fellow farmer and National Party deputy leader James Reynolds.

The local community activist was keen to stress Mr Reynolds was there in a personal capacity and any claims the pair were politically allied were wide of the mark.