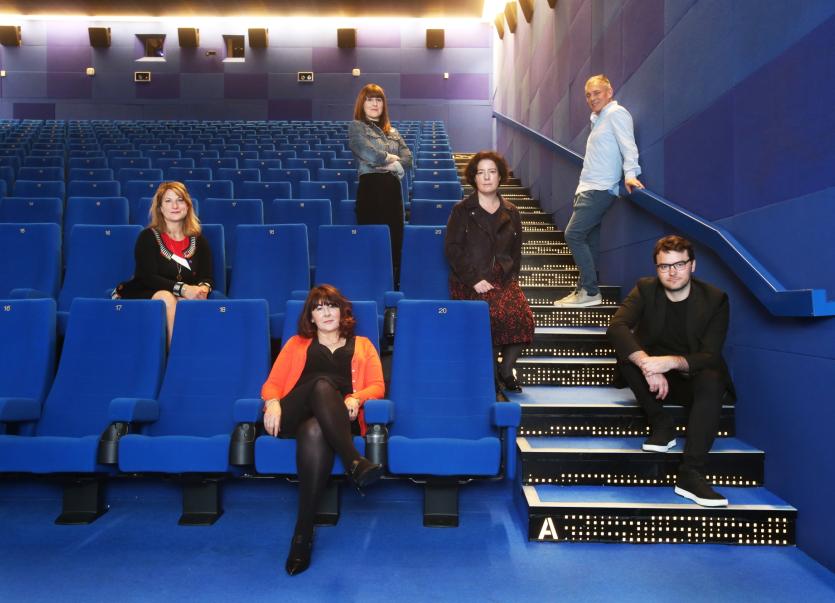 Still Voices Film Festival has always promoted women in film and prides itself in ensuring there is an equal mix of men and women in its programme, on its discussion panels and even on its board.

And the team has stepped that gender balance up a notch this week.

The festival is one of eight Irish film festivals to sign up to the 5050x2020 Gender Parity and Inclusion Pledge which was launched by Cannes Festival chiefs at the 2018 Cannes Film Festival.

The official Irish festival signing was held on Monday at The Lighthouse Cinema following an invitation by Women in Film and Television Ireland.

Initiated by the 5050 Pour 2020 organisation, a charter was signed in 2018 by Cannes’ festival chiefs Thierry Fremaux, Edouard Waintrop, Paolo Moretti and Charles Tesson to work towards gender parity and inclusion.

The signing was held in the presence of the 2018 jury including president Cate Blanchett along with Kristen Stewart, Ava DuVernay and Léa Séydoux.

Among the commitments, festival chiefs pledged to compile statistics according to gender, especially those regarding the number of films submitted; to make visible the gender of the members of selection committees and programmers; and to commit to a transformation schedule of the executive bodies to reach parity in their current mandate period.

Other international festivals who have signed up to the charter include Venice, San Sebastian and the Berlinale.

“We are delighted to announce that Still Voices will be among the first Festivals to sign the 5050x2020 pledge here in Ireland,” said Still Voices Short Film Festival Director Ronan O'Toole.

“This initiative is led by WFT Ireland, in partnership with the 5050x2020 Cannes Collective.

“It’s heartening that so many Irish film festivals have joined forces with us to formally commit to the principle of gender parity and inclusion in festivals,” said Dr Susan Liddy, Chair of Women in Film & Television Ireland.

“We warmly welcome their enthusiasm and solidarity and we hope this initiative will mark the beginning of a supportive partnership between us.

“We need more women in the film industry at every level. While girls’ and women’s voices are not heard and their stories are not told, our culture is the poorer for it. Film festivals are a hugely important part of any conversation about equality. They are an important link in the journey of a film and filmmaker.

“As with anything, information must be the starting point and we commend these festivals for agreeing to track that.

“This is an initiative that WFT Ireland will be building on over the coming months and we call on other festivals to join with us and embrace the challenge.”

Women in Film & Television Ireland will also update the 5050 Pour 2020 Collective about the new signatories in time for the 2019 Cannes Film Festival.

For updates on this year's film festival, see stillvoicesfilmfestival.com.