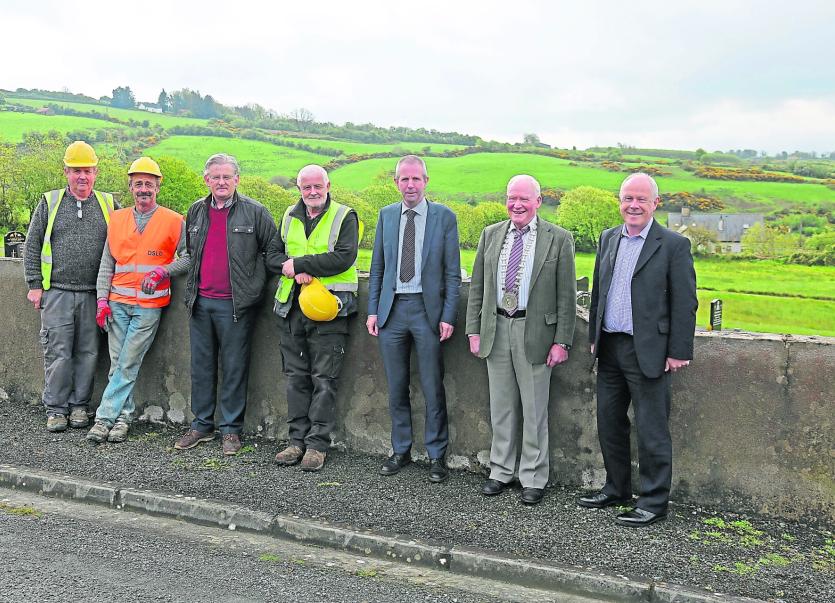 * It was more than a tad ironic that Pump got sent this rather standard looking picture of a few council officials perched up against a graveyard wall in north Longford last week.

The parody of it all may have been lost on others, but not Pump as the clock winds down to next week's local elections and just who, if any, outgoing local politicians will find themselves being read the Last Rites by voters. Not that retiring Cathaoirleach Cllr Luie McEntire will pass much remarks as he prepares to hang up his local political boots after four decades of service.

The genial Dromard man will be sorely missed, a feeling which was very much in the air last Wednesday evening as he chaired his last meeting. A gentleman in every sense of the word, while Luie's impending retirement is undoubtedly well deserved, Longford County Council will be very much the worse for it.

* Just like the famed McEntire name, another political dynasty will make its departure from the local political scene next week when Martin Mulleady steps down.

A former Cathaoirleach himself, there is no denying the impact Cllr Mulleady has made to improving the lives and well-being of his native Drumlish and surrounding north Longford communities over the past 15 years. A straight-talking and well respected local politician and businessman, Cllr Mulleady will be sorely missed.

* In last week's Leader, a profile on Longford Fianna Fáil candidate Martin Monaghan stated his family's business was on Earl Street when, it should have said Killashee Street. We are happy to clarify this.