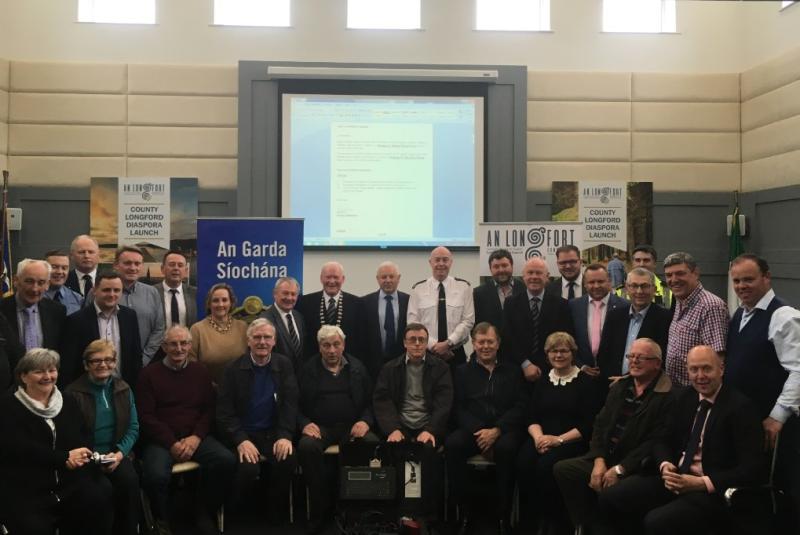 On Wednesday, May 8, the official launch of the property marking scheme was held at the Longford County Council Offices.

The scheme, which is being run by Longford County Council and Longford Joint Policing Committee in association with An Garda Síochána, saw the county receive its first property marking machine.

Speaking at the event was chairperson of the Longford Joint Policing Committee, Cllr Gerry Warnock. Cllr Warnock spoke of his delight at being able to launch something as positive as the property marking scheme.

Warnock said of the scheme, “It was first suggested by Cllr Paul Ross and he did a bit of work behind the scenes on it.

“We are grateful to Longford County Council who have agreed to fund this project. I think it is going to be a very positive piece of kit for us going forward.”

Warnock says the marking machine will help deter crime in the area, which he says is needed on the back of increased thefts in the area.

“It is going to hopefully act as a deterrent and we all know there has been a spike in rural crime in recent years. It has been very successful in other counties, where a scheme like this has been rolled out.

“I am very happy to launch this project here today and hope it is of huge benefit to the entire community. I hope people will avail of this facility and I hope it is another way to stand up and protect our communities from the more sinister elements of society.” he concluded.

Superintendent Jim Delaney said the launch of the scheme marked a great day for Longford.

“This property marking tool, which I have to thank the Longford County Council for financing and supporting it, is a really advanced tool. For us, it touches on two of our policing plans for 2019 and they are community engagement and safety and preventing crime.” he added.

Superintendent Delaney says they will be working in unison with the many text alert groups, as well as other organisations such as the IFA.

Superintendent Delaney, “It is going to add huge value to what we are doing in relation to crime.”

“It is an extremely valuable tool and we are looking forward to going out with community police… I think it is a really positive development for Longford and thank you to everybody involved.” he added.

Also present at the event were the members of the many community text alert groups in the municipal district.