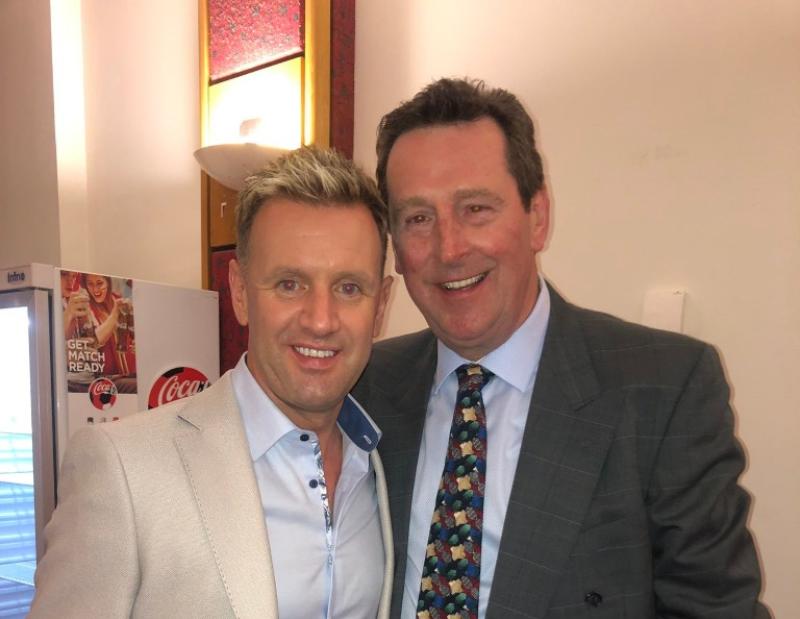 The gentle giant of country music, Longford's Mick Flavin and his family, came in for much praise following their appearance and interview on the Late Late Show country special.

Interviewed by host Ryan Tubridy, Mick, who celebrated thirty years in the music business in 2017, spoke very candidly and honestly about overcoming alcohol addiction and having two sons who were born deaf and will never hear him sing.

On experiencing his father's music, Mick's son Brian revealed, "I can't hear it, but I can actually feel the music."

"I can't hear it, but I can actually feel the music"

TV viewers were moved by the interview and they tweeted messages of support and admiration for Mick, wife Mary and their sons Michael and Brian.

My late aunt was a massive fan of Mick Flavin & after many yrs of illness when she passed he made the effort to attend & sing at her funeral. A true gent. I wish him every good wish #latelate

We had Mick Flavin at a East Cavan PTAA Function a few years ago. Very inspirational story. #LateLateCountrySpecial

Longford Leader columnist Mattie Fox did an extensive interview with Mick Flavin two years ago and you can read it on the following links.

#LateLateCountryMusicSpecial so much love for Mick Flavin. Absolute gentleman.

Mick is a gentle giant. In fact, he’s the reason I love to sing today. First time on stage was with Mick Flavin and his band.
A really great segment with a lovely family #LateLateCountrySpecial

I interviewed Mick Flavin last year in the Waterfront Hotel in Dungloe & I can honestly say the guy is an absolute gentleman. Very giving of his time. I've always loved his voice & his music. A legend. #LateLateCountrySpecial

Mick Flavin,@RTELateLateShow on battle with booze. Great to hear him refer to help from ‘Dr Hill at Mullingar Hospital’ brother of one of my oldest friends. Good to see psychiatry get good press. Continued success, health and happiness Mick Flavin. https://t.co/NtWA0zwh0x