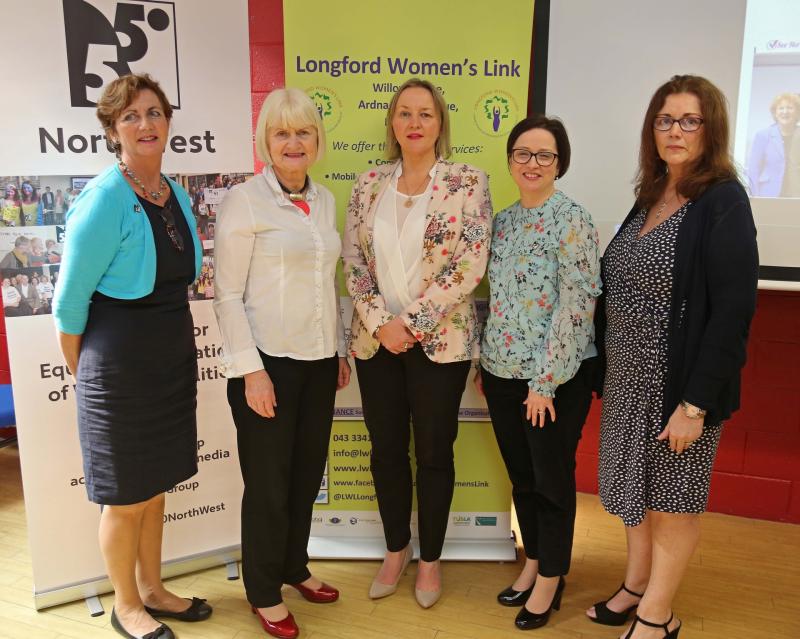 Outgoing Midlands North West MEP Marian Harkin was the main attraction at Longford Library yesterday (Wednesday) as she launched a new project aimed at enticing more women to get involved in local politics.

The SHE Project (See HER Elected) is a collaborative project of both The Women’s Manifesto Project (a Longford Women’s Link Programme) and 50:50 North West who have been working together for a number of years on the issue of supporting women in rural Ireland into public life.

Following a joint conference in 2015 entitled ‘Voices and Views from Local Elections 2014’, both organisations committed to finding workable solutions to tackle the issue.

Speaking at the launch, Longford Women’s Link Deputy CEO Tara Farrell welcomed the 16% increase in the number of female candidates contesting the local elections in 2019 compared to the 2014 elections and thanked the Department of Housing, Planning and Local Government for their support of the SHE Project and their recognition of the underrepresentation of women in local government in rural Ireland as an issue. Assumpta Kelly from 50:50 North West highlighted the years of collaborative work between the two organisations that had led them to today’s launch and was delighted to see the project being launched in the run up to the 2019 local elections.

Ms Harkin, who is stepping down from her role as an MEP at the end of the month, wished all candidates present at the launch the very best of luck in their campaigns while paying particular tribute to LWL and 50:50 North West for their long-standing dedication and commitment to supporting women to engage in public life in rural Ireland.

The project is already delivering media training at regional radio stations to female candidates in a number of counties and will launch its website in the coming days.