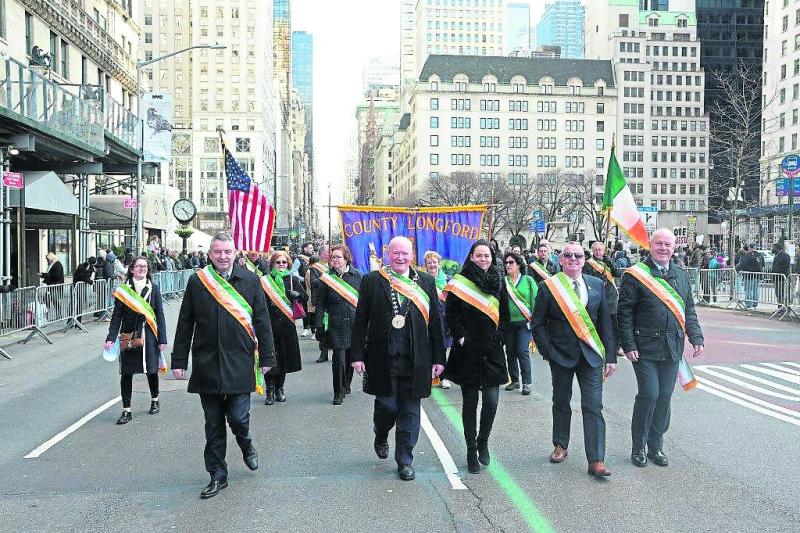 A delegation from Longford County Council, visited New York over the St Patrick’s Day celebrations and held a series of meetings with members of Longford’s Diaspora.

The group which comprised of Cathaoirleach of Longford County Council, Mr Luie McEntire, its Chief Executive, Paddy Mahon and Head of Enterprise Michael Nevin also marched in the St Patrick’s Day parade with the County Longford Association in New York. The key event during the trip was the inaugural Longford Economic Forum Meeting held in the Consulate General’s Office on Park Avenue.

A group of 20 Longford business people attended and the Council Executive informed them about recent developments designed to raise Longford’s economic performance and profile. The recently launched County Longford Diaspora Strategy was also presented and a key action will be to open a formal two-way communication channel between Longford Local Authority and the diaspora based in New York.

The delegation from Longford also attended a number of other events during their stay including a Chambers Ireland event with Minister for Justice and Equality, Charlie Flanagan and a breakfast briefing with the Mayor of New York, Bill de Blasio.