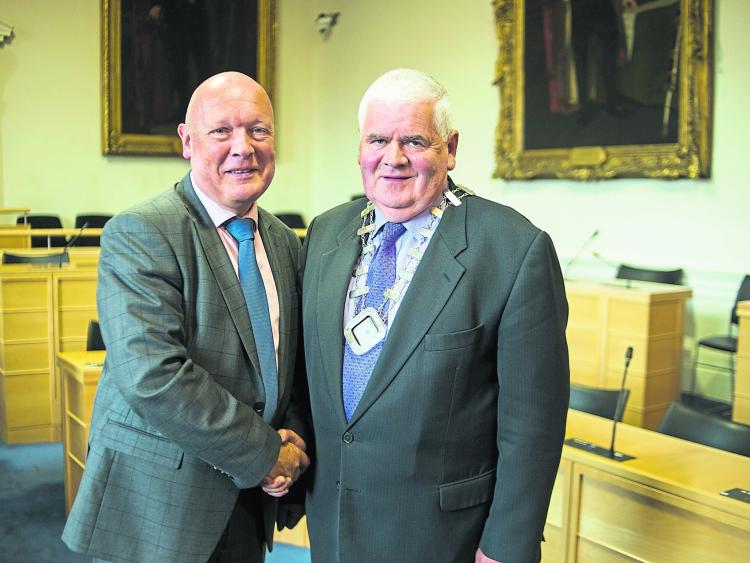 The responsibility for mending the fence in a Granard housing estate was the topic of heated discussion at last week's meeting of Granard Municipal District.

Cnoc na Gréine's damaged and decaying perimetre fence was cause for concern to Cllr PJ Reilly who brought up the issue at the end of the meeting.

“There’s a considerable amount of damage done to this fence and at the moment there’s children playing there,” said Cllr Reilly.

“The complete fencing is broken down. It’s unseemly-looking because the fencing is on the ground, part of it. Some of it has decayed.

“Who is responsible for it? Is it the residents? It’s not the residents because they don’t own the property. The estate has been taken over by the council. So who is in charge?”

Area Engineer David Coppinger explained that, while the estate was taken in charge by the council, that does not mean it is the council's responsibility to fix the fence on the perimetre.

“The entire estate was taken in charge, but the taking in charge policy doesn’t allocate responsibility for fencing. We take in charge the green areas and the roads. We don’t take in charge of fences,” he said.

“The issue rests with the landowner. We don’t maintain private fences. We never have.”

In this particular case, Cllr Reilly interjected, it's not the boundary fence. It’s wooden fencing that was put up by the builder when the houses were being built to cordon off the area.

“It’s a boundary fence out from the ditch, so it’s not the landowner’s responsibility,” he insisted.

“In countries like England and that, there is specific wall and fence legislation that sets out who is responsible for fencing. And as part of the taking in charge process, we could build something into the process to allocate responsibility for fences,” Mr Coppinger responded.

But Cllr Reilly wasn't accepting that, stating that when someone's land is next to a house and garden, it is the responsibility of the owner of the house to maintain the fence - not the landowner.

“But this is a fence that is a boundary between private land and a public road and that is, everywhere in the country, the responsibility of the landowner,” Mr Coppinger insisted.

Sparring continued between Cllr Reilly and Mr Coppinger as the disagreement escalated but no responsibility was realised.

“The council is not taking responsibility for this and I'm not happy with that response,” Cllr Reilly told the Leader after the meeting.

“This is going to become an issue in all housing estates if nothing is done and I'm going to keep fighting to get something done about it,” he concluded.