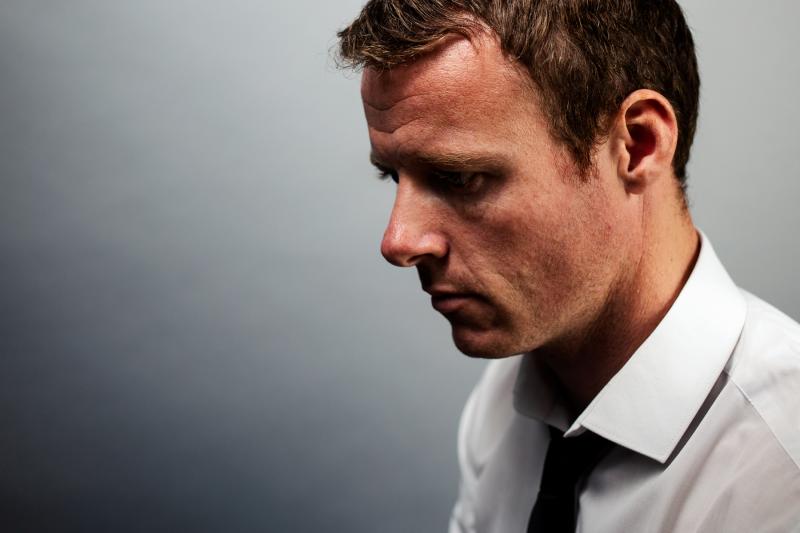 Jessica Thompson speaks to Longford author Darragh Coady about the launch of his debut novel, Temperance.

Ernest Hemmingway once said that “in order to write about life, first you must live it”. Those words of wisdom certainly resonated with Longford town native Darragh Coady who has been besotted with literature for as long as he can remember.

“It goes all the way back to when I was a kid. I was blessed to have an aunt who loved music, art and books,” Darragh reflected.

“By the time I was twelve I was quoting Oscar Wilde. By fourteen I was reading Ian Fleming. Casino Royale was the first piece of serious fiction I read and that was the moment the lightbulb went off. When I discovered Dylan Thomas and Jim Morrison, that really sealed the deal for me, but the one who inspired all my early efforts at poetry and songwriting was my first girlfriend. She brought out the best in me and shaped me as a writer.”

Now Darragh's love of writing is coming to fruition as he prepares to launch his debut novel, Temperance, in Longford County Library this evening (Wednesday, March 27) at 7.30pm.

“There are a lot of elements to what shaped this novel, Longford being the most important. Most writers usually write about what they know or experience and I do the same. The work is fiction and most of the themes within are easily relatable,” said Darragh.

The contemporary novel is set in a fictional town called Temperance during a recession and tells the story of Stanley, a young man divided between his fascination of one woman and his love of another.

“Stanley is a flawed person, a hopeless romantic. He’s the semi-comical, tragic hero of the tale,” Darragh explained.

“I tend to take the quirks and mannerisms of people I’ve met and they shape the characters, giving them a more credible voice and persona.”

Stanley is used to getting the girl, but when he meets a captivating Slovak girl named Violette one summer, he can't quite figure her out and is immediately infatuated.

But when summer is over, Violette returns to her country and, sometime later, a newly-wed Polish girl walks into Stanley's life and it's love at first sight.

He and the enticing Adelina click almost instantly and their friendship quickly blossoms into a forbidden romance.

A few months later, Violette returns to Temperance. She is a changed person and Stanley’s world is turned upside down as he must choose between the complex woman he can have and the unavailable woman he can’t give up.

“There are subplots within. It’s also about a small group of friends and their escapades,” said Darragh.

“There is a strong sense of comradery amongst them. Their misadventures include botched camping trips, an awkward introduction to a one-night stand’s mother, several job dismissals and quite a few mammoth hangovers.

“There are some fisticuffs and betrayals, some laughter and some tears. Indecision is a pretty big theme throughout.

“It’s something almost every character has in common; the decision to stay or leave, follow your heart or your head, the choice of doing the wrong thing even though you feel it is right.”

Darragh is excited to bring the story to the book-lovers of Longford this evening.

“Everyone has been very supportive, from the time I was kicking ideas around to finishing and I’m overwhelmed by the amount of interest people have shown, especially Mary Carleton Reynolds,” he said, praising the Longford County Librarian who offered a helping hand in the organisation of the launch.

“I am feeling nervous about the launch as I’m not much of a public speaker,” he added, but Denis Glennon, former principal of St Mel's College, will be the guest speaker.

The book will be available at the launch and is available as a paperback and Kindle edition from Choice Publishing and Amazon.