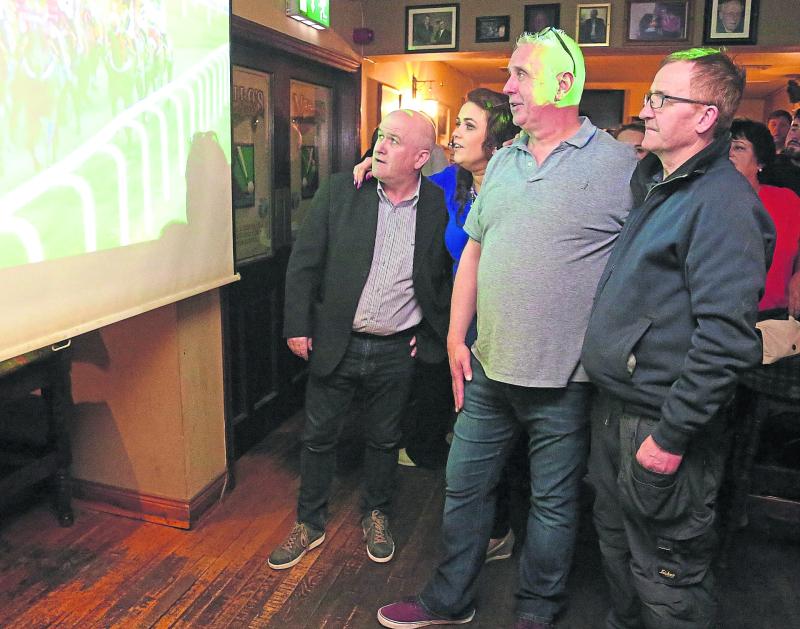 Plenty of excitement had surrounded the Blue Riband's ante post favourite, much of it centred on the fact no one, barring Philip and his team, had seen the eight-year-old jump a fence in anger all season.

The large crowds who descended on Longford town establishment, Milo's, in the lead up to race time illustrated that overarching sense of anticipation and optimism.

As it turned out, punters were left feeling somewhat deflated and with empty pockets as the Pat Kelly trained gelding finished a remote eighth to eventual winner Al Bhoum Photo.

Not one for rhyming out excuses, Philip revealed afterwards that there may been more to his stable star's performance.

‘It certainly wasn’t his day. I’m not making excuses, but he was found to be lame afterwards,” he said.

“It’s a bit early, so we’ll have him assessed this week and see. Fingers crossed it’s not too bad. Where that happened and how it happened, I’m not sure, but certainly he wasn’t the Presenting Percy that I know.”

Racing fans will be hoping the Presenting Percy of previous Pertemps Hurdle and RSA fame will be back to fight another day when Cheltenham returns for its 2020 offering in 12 months time.