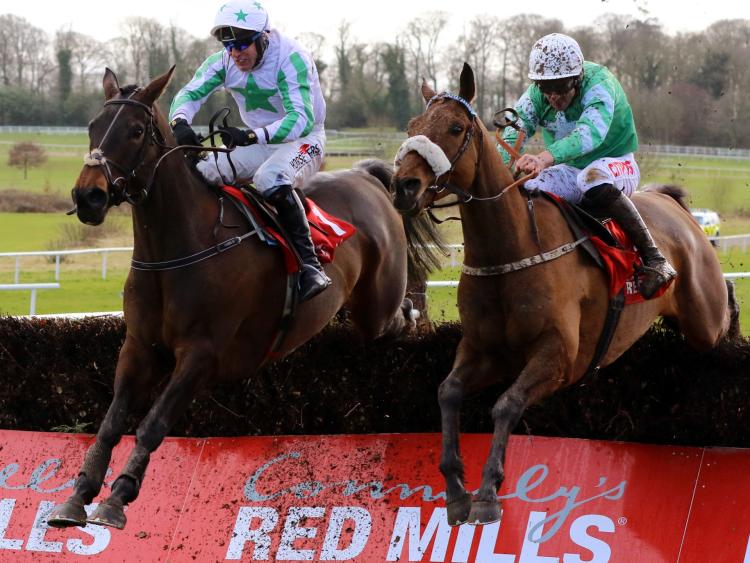 Presenting Percy 's (right) hopes of winning the Cheltenham Gold Cup will have to wait another 12 months at least after Philip Reynolds' charge finished eighth at Prestbury Park this afternoon.

Longford's racing fraternity will have to wait another 12 months at least for Cheltenham glory after Presenting Percy's bid for the sport's richest prize came up short.

Presenting Percy, who had started out as 10/3 favourite was settled towards the rear of the field by jockey Davy Russell, but in truth, never really looked like troubling those in front.

Despite a late rally, the Pat Kelly trained eight-year-old, who was having his first competitive start over fences this season, faded towards the latter stages as Paul Townend and Al Bhoum Photo stormed up the famous Cheltenham hill to claim jump racing's most coveted accolade.