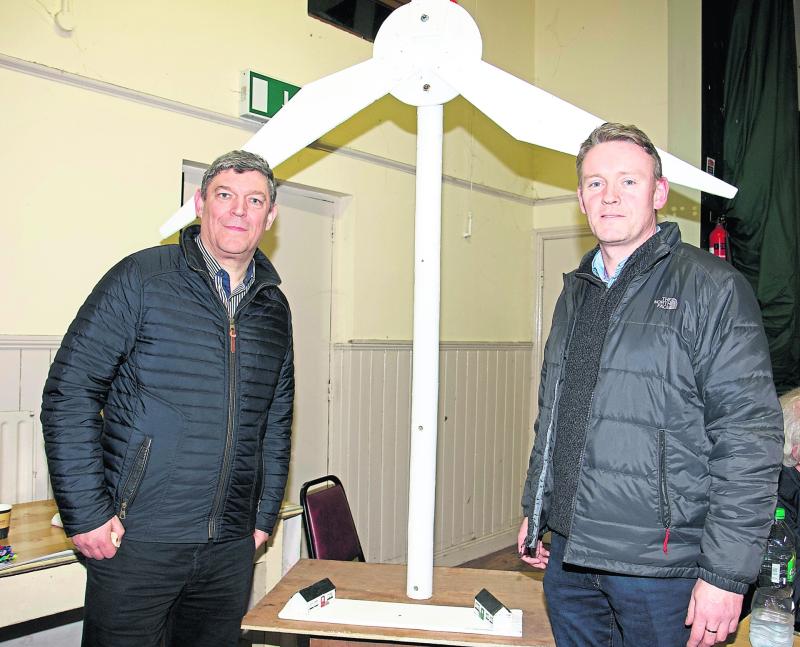 A proposal to carry out an independent noise survey on the site of the potential Derryadd Windfarm has been turned down by Longford County Council executives.

The motion, submitted by Independent councillor Mark Casey, suggested that the data collected from the survey would provide a valuable base line for noise prior to the construction of wind turbines in Derryadd.

“We need to protect ourselves. We need to have a baseline noise survey done on our bog so that we know now this is what it’s like,” he said.

“So we know when some lad comes in and wants to pour 800 tonnes of concrete and 37 miles of roadway into a bog - into a wetland - that this is what it was like before that happened.

“I think, in the interest of protecting the citizens of Longford, that this council should take a noise survey so we have it there, for fear that Bord na Móna is telling a big porky. Because I think they’re telling a big lie. And we’re going to catch them out in it. And it’s up to us to defend the people of Longford.”

Director of services John Brannigan said that, while the council is 100% supportive of Cllr Casey's call to protect the people of Longford, collecting data for storage would be a waste of resources that could be used in other ways.

“To start to collect data, which ultimately we can’t use in the future would be a pointless exercise,” he said.

Cllr Micheál Carrigy supported Cllr Casey's motion and said that now is the time to start gathering this data.

“There’s no point in collecting data after they go up. We need to collect it now before there’s anything constructed,” he argued.

“And can that data not be used afterwards in the event that there is excessive noise? When is an appropriate time to collect this data? If not now, when?”

In response, Mr Brannigan stressed that the council would not be carrying out a noise survey but would focus on its own submission to An Bord Pleanála in the interest of the people of Derryadd and of Longford.

Read also: No to Derryadd Windfarm group push ahead with objection plans