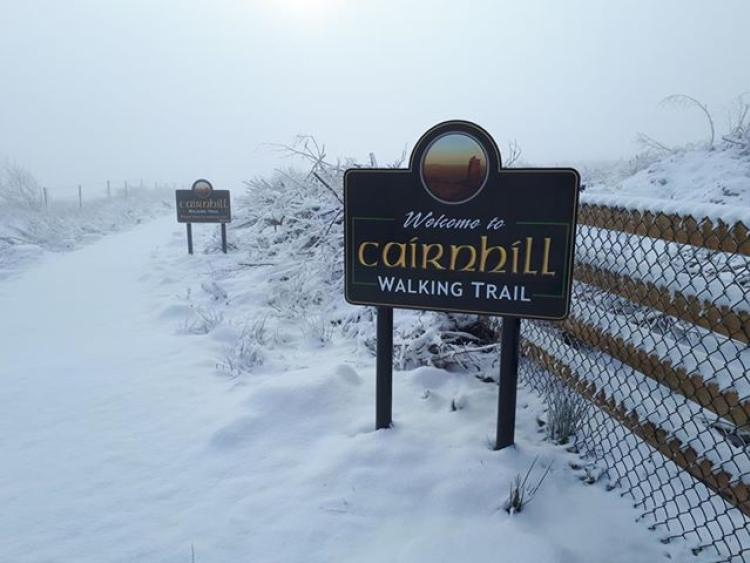 The national forecaster says that heavy rain will turn to sleet and snow today. Much of the snow will be above 300 metres with just a local dusting of snow at lower levels.

Wet and slushy roads are likely to become icy in places overnight as temperatures drop below freezing.

Outlook
Rain in the southern counties will spread northwards to most areas by this afternoon, turning heavy in parts of Munster and Leinster where there is a risk of spot flooding.

The rain will turn to sleet and snow in places as the day goes on with the winds becoming northeasterly in direction and temperatures dropping to between 1 and 5 degrees. Significant accumulations will, however, be largely restricted to higher ground. A clearance will develop in the west this evening.

Tonight, Sunday, March 3
The last of the rain, sleet and snow will clear into the Irish Sea early tonight with strong northwesterly winds developing near the south coast and over parts of Leinster for a time.

It will then become dry in many parts of the country, however showers will affect western coastal counties overnight, some of them heavy with a risk of hail and thunder. Lows of minus 1 to plus 2 degrees with frost and icy stretches in places. West to northwest winds will moderate, and back west to southwest by morning.

Tomorrow, Monday, March 4
Monday will be a cold, bright day with sunshine and scattered showers. Some of the showers will be heavy with a risk of hail and thunder. Top temperatures of 5 to 8 degrees in moderate to fresh and gusty west to southwest winds.

The rain will turn to sleet and snow in places as the day goes on as temperatures drop to between 1 and 5 degrees. Significant accumulations will, however, be largely limited to higher ground. A clearance will develop in the west this evening. pic.twitter.com/XA4exuR8yW