Delight as Killashee gets set for new playground 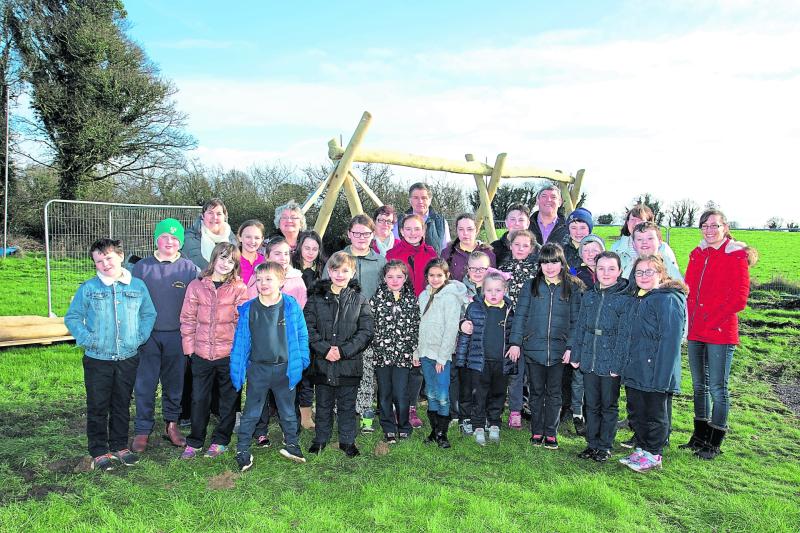 There was plenty of reason to smile in Killashee last week as pupils from St Earnan's and Cloontagh National Schools got their first glimpse of their new, state of the art playground facilities.

The end product, which is expected to be completed over the coming days, sets the seal on two years of painstaking behind the scenes efforts from local volunteers, teachers and parents.

Cllr Mark Casey, who himself has played an integral role in its development, said the public amenity was something which had been a long term aim of his.

“Both myself and the playground committee have been working on this for the past two years,” he said.

A competition saw schoolchildren from St Earnain's NS put forward their own preferences for how the new look playground would look with local Tidy Towns Chairman Gus Hanley running the rule over final submissions.

Special thanks was afforded to Principal Martina Chapman as attention now turns to the grand opening which, it is hoped, will take place in due course.

“We have secured the site and we are getting the road resurfaced down to it,” added Cllr Casey, who said the venture was one which followed on from a similar undertaking in Newtowncashel.

“It's a lovely facility for the children and is an election promise I am delighted to be able to fulfill,” he said.

WATCH | Backing the Dubs: 'I'm from Longford but it's not my fault'