Watch 'Ireland’s Got Talent' on Virgin Media One this Saturday night, February 2 at 7.30pm 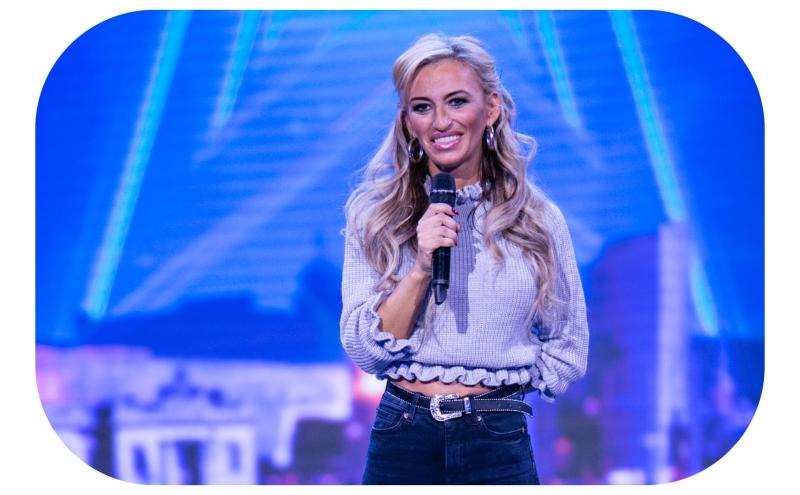 Longford singer Sharyn Ward. You can watch Sharyn on 'Ireland’s Got Talent' on Virgin Media One this Saturday night, February 2 at 7.30pm

Longford's Sharyn Ward (nee Stokes) will feature in Ireland’s Got Talent on Virgin Media One this Saturday night, February 2 from 7.30pm.

Describing herself as a proud Irish Traveller, Sharyn (33), now lives in Dublin with her husband James Ward and she is a stay at home mammy to her two children Bonnie, who is 8 years old and Jack who is 7.

Sharyn arrives with lots of support including her husband, her children and actor John Connors who is a neighbour.

Sharyn says she was born singing and aims to stay true to herself.

She also hopes that her performance can be a positive one for people’s perception of the travelling community.

Hosted by Lucy Kennedy, this year’s series of Ireland’s Got Talent sees an array of diverse performances,  including international acts turning up to try their luck on the Irish stage in front of  judges Denise Van Outen, Jason Byrne, Michelle Visage and Louis Walsh.

To see how Sharyn gets on, make sure to tune into Virgin Media One on Saturday, February 2 from 7.30pm for the first episode of Ireland’s Got Talent Series Two.

Ireland’s Got Mór Talent Series two kicks off on Virgin Media One directly after the main show at 9pm.

How amazing is Sharyn Ward's voice? The Longford woman also happens to be actor John Connors aunt! She hopes that her performance can be a positive one for people’s perception of the travelling community.

Ireland's Got Talent is back on Virgin Media One on Saturday at 7.30pm. pic.twitter.com/LYdMRSQbNv