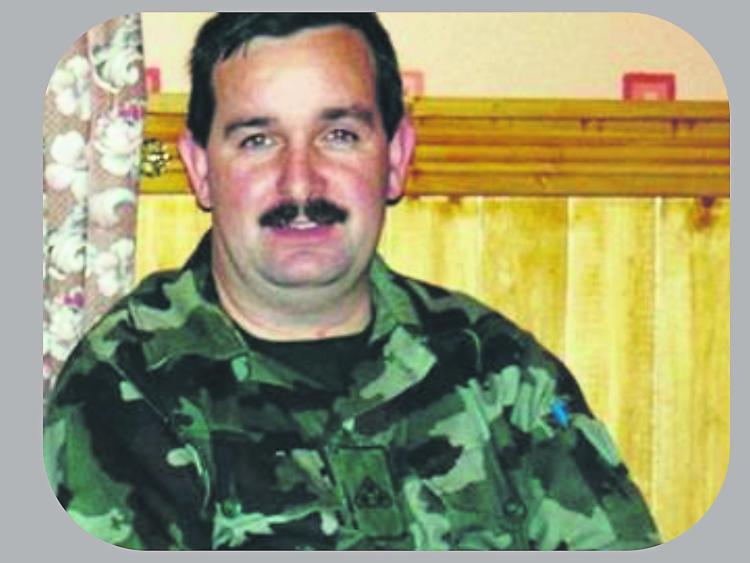 A warm tribute has been paid to the late Kevin Percival, Carrigallen, and formerly, Ballymahon, by the Peter Keenan ONE (Organisation of National Ex-Servicemen and Women) Longford, who described him as a person with an easy-going manner and who was dedicated to his army unit.

A gentleman with a quiet disposition, Kevin spent over twenty years in the Irish Army at the 17th Infantry Battalion Connolly Barracks, Longford where he was admired and highly respected by all his colleagues.

He has been living in Carrigallen for a long number of years now with his wife Teresa and their family. A easy-going man with a big heart, he was a great family man and was very much involved in the local community.

Kevin was a regular visitor back home over the years where he enjoyed meeting up with his family and many friends.

“We were saddened to hear of the death of our great friend and former colleague, Kevin Percival,” read the tribute from Peter Keenan ONE Longford. “To his family, relatives, former comrades and friends, we offer our sincere condolences at this difficult time.”

“In one of the busiest units in the army he was soon performing the most difficult duties with the greatest of ease.

“His easy-going manner and his dedication to his unit and the army endeared him to all those he soldiered with.

“He did a number of overseas tours with the United Nations, including the 55th and 57th Battalions.
“He transferred into the 17th Infantry Battalion Connolly Barracks Longford as storeman driver towards the end of the eighties, he remained with B Company, Granard up to his retirement on pension.

“He was a man that always put his family first, they were his priority at all times. Rest in peace old friend.”

The late Kevin Percival reposed at his residence on Thursday and Friday, January 24 and 25, with removal to St Mary's Church, Carrigallen. Funeral Mass took place on Saturday, followed by burial afterwards in the adjoining cemetery. May he Rest In Peace.