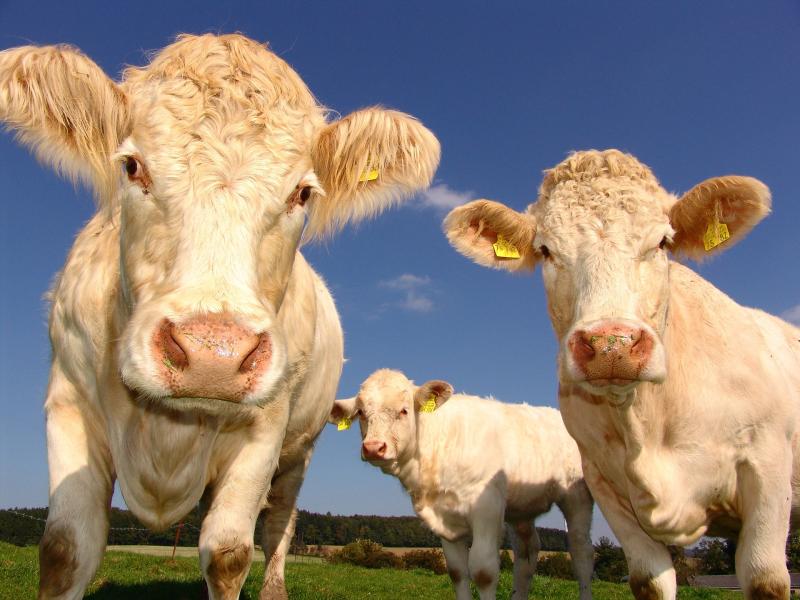 Beef prices are at a historical low, say local councillors

Beef prices are at a historical low for this time of year, according to Cllr Paul Ross (FG), who has called on Minister for Agriculture Food and the Marine Michael Creed to take action to underpin the beef price from its current non-profitable level.

The calls come after a prolonged period of a depressed price that is causing beef farmers to “lose their shirt” on animals purchased over the last 12 months.

“This on top of a difficult summer weatherwise in which animals did not thrive and fodder was scarce,” Cllr Ross told the Leader.

“And in what is a perfect storm, the sector is faced with the whole debacle that is Brexit and the devastating effects that it will have on the entire beef industry.

“The impact of agriculture on rural economies cannot be underestimated and, when our economy was on its knees 10 years ago, it was the spend by farmers in their local areas that kickstarted the economic recovery that we enjoy today.”

Furthermore, he said, a potential imposition of tariffs on Irish beef going into the UK if Brexit succeeds could finish off the industry if measures are not taken - and now is the time to seek aid from the EU.

“The use of intervention and aids to storage has historically proven to be effective in the dairy industry and recently in 2014 the EU brought in compensation when Russia banned vegetables from western Europe,” said Cllr Ross.

“I believe that we are going to have to look for these measures to be introduced as soon as possible before farmers exit the industry forever.”

Cllr Ross' motion was raised by FG colleague Cllr Micheál Carrigy at the recent meeting of Longford County Council and was met with much discussion among councillors - especially those in the farming industry.

“We’ve had a difficult summer weatherwise and scarce with fodder, etc. We’re facing into a very, very uncertain future. It’s a very difficult time ahead for the entire beef sector and when things went bad years ago it was really the farming industry that brought us through the recession,” said Cllr Carrigy.

He was immediately backed up by Cllr Paraic Brady (FG).

“It’s disgraceful to see that we have meat processors out there that are making a million for every day of the year,” he fumed.

“€365 million was the profit last year of the beef industry. And that’s on the back of farmers.

“For every euro that goes to a farm, it generates seven euro back in the economy. So without farmers, we’re not going to survive as a country and a nation. It can’t happen. And if this continues where we’re biting off the hand that’s feeding us…

“It’s the factories out there that are really cutting the throats of the farmers and that’s the reality of it,” he continued.

“The reality of it is we’re bringing in beef from other countries here, we’re processing it in our factories here and we’re sending it back as Irish beef out across Europe. And that’s the problem that we have - that we’re flooding the market with beef that’s not actually produced in Ireland and the producers in this country aren’t actually getting paid for what they are producing.

“I do think that negotiation is needed here once and for all. I think our minister, our beef, our factories and the IFA need to come back to the table here; need to fix a price that’s fair for everybody.”

Cllr Gerard Farrell (FG) was next to support the motion, stating adamently that “the farming industry is really on its knees”.

“It just can’t go on. Something has to be done,” he stressed.

“At the end of the day, our farmers are the lifeblood of our communities. Every single penny a farmer has, he’ll spend it locally. They’re the best supporters of our local economy countrywide and they’re getting the least support. And there’s nothing for them. The only thing that there’s any future in is dairy and that’ll be exhausted as well. So we really have to take a serious look at our farming sector in this country and once and for all do something - put a cap or put something on the factories that they pay a contracted price for a period of time, or nobody will stay at it.

And it's not just the beef farmers that are going to be affected if things stay the way they are, according to Cllr PJ Reilly (FF): it's the entire agricultural industry that will suffer.

“And agriculture is the backbone of this country and is one of the biggest industries,” he said.

“If beef factories know that beef is going to be dear, they can stock up themselves and have livestock for their own factories.

“If they know that beef is going to be cheap, they will let the farmer produce it and let him take the loss. So there’s an awful lot of people involved here. It’s not just the farming community.

“It’s an awful lot of people in stores, in shops in all our rural towns that’s going to seriously be affected and it cannot be continued without something being done about it so that people can get a reasonable price for their beef.”

The discussion concluded with a unanimous decision that the council would write to Minister Creed and implore him to put preventative measures in place.