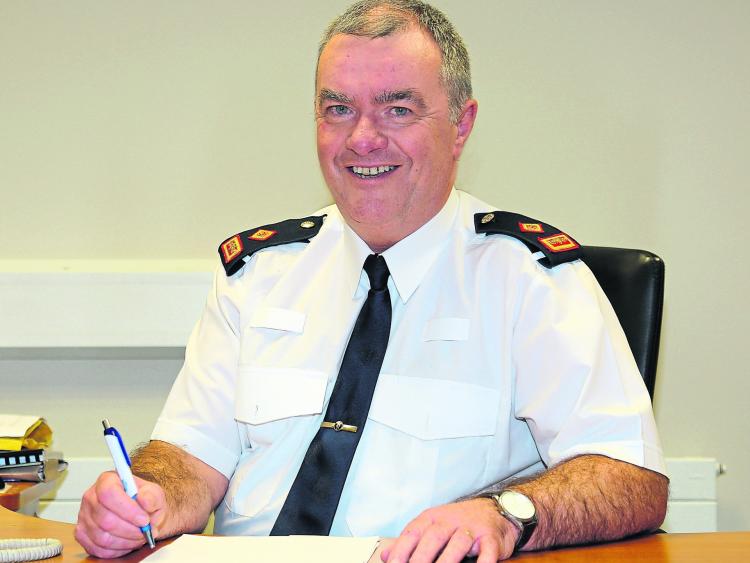 The term gentleman is a turn of phrase that's all too often overused in today's fast paced modern era.

Yet it is a mode of expression which undoubtedly befits the broad shoulders of Granard Superintendent Brian Mohan.

The gracious and perpetually engaging father of four steps down from his role on Friday, bringing the curtain down on a career he has given more than half his adult life to.

And, as you would come to expect, Supt Mohan, or Brian as he is more affectionately known to those closest to him, has certainly encountered his fair share of highs and lows since first enlisting as an ambitious, yet innately mild mannered twenty-something garda in 1982.

Throwing out a chuckle when it emerged his ‘passing out’ had come before his interviewer had even been born, Supt Mohan didn’t take long in rhyming out where he was first stationed during what was a much changed and recession hit Ireland.

“The first place I got sent to was Stepaside, in Dublin, Shane Ross’ patch,” he instinctively pointed out.

From there, a similarly short spell in Omeath, Co Louth (1984-86) before senior bosses rewarded the Monaghan native’s strong work ethic and rapidly emerging investigative nous by assigning him to Dundalk’s Detective Branch.

Given the volatile nature of Ireland’s socio-political make-up, hindered by decades of violence on both sides of the border, Brian admitted the task facing him was one he quickly had to adjust to.

When I went there in 1986 The Troubles were very much at their height,” he recalled.

“They were dark, dark days and dangerous times.”

One of the stand-out memories which still lingers with him to this day was what would later become known as the ‘Clontibret Affair’ with a certain former DUP leader Peter Robinson at the centre of the controversy.

The 1985 Anglo-Irish agreement, which for the first time gave Dublin an advisory role in the North, had been met with fury by the unionists.

After almost a year of unrest, more protests and demonstrations had been called for the evening of 6-7 August 1986: one, it turned out, wasn’t scheduled to begin until the early hours of the morning, just a few miles from the border – on the southern side. An official’s note to the British ambassador, released years later, described how 150 loyalists, “some wearing paramilitary uniforms and carrying cudgels,” invaded Clontibret in the dead of night.

It later transpired that the RUC had tipped off gardaí about the expected events of the night – and armed Garda reinforcements arrived from Monaghan town within half an hour.

The affable former St McCartan’s College student can still remember the sheer vitriol and acrimony that came with such paramilitary led violence.

“There were riots and petrol bombs thrown out of buildings,” he said, as he along with his colleagues attempted to uphold Mr Robinson’s well-being en route to various court appearances following his arrest and subsequent charging.

“It was an absolute nightmare and supporters of theirs were completely stoned out of it.

“We were escorting Loyalist supporters back down the street but the next thing we were having to deal with petrol bombs being thrown out of a three storey building into the crowd below.

Three people were arrested as a result of that and brought before the Special Criminal Court, but they were dark, dark days.”

Less than two years later, the young detective garda became embroiled in legislating for the safe passage through Dundalk of the so-called ‘Gibraltar Three’-a further low point in Anglo-Irish relations which culminated in three members of the Provisional Irish Republican Army (IRA) being shot dead by the British Special Air Service (SAS) in Gibraltar on March 6 1988.

It’s questionable what dignifying or uplifting memories one can assume from such episodes, yet they are ones which still resonate with the departing Granard garda boss to this day.

Another sore point that still rankles with him concerns the brutal abduction and murder of farmer Tom Oliver by the IRA in July 1991.

No one has ever been brought to justice for his killing, a case Brian was closely involved in as an investigating officer.

“That was one of them,” he said, somewhat limply, when pressed asked if any low points still embittered him.

“It was also probably the one defining moment in the community there as it split the whole area wide open and drove a wedge right through it.”

Another is having to deal with both the personal and professional trauma which came his way in January 2013 with the shooting dead of his colleague Detective Garda Adrian Donohoe.

“It was very difficult,” he admitted with more than a tinge of stoicism.

“But there is a person before the courts in relation to that. I hope it is brought to a successful conclusion and I have no doubt other people involved (in murder) will be pursued just as vigorously.”

On the flip side, there are many highlights too.

The successful prosecution of a vicious rape of a young woman with special needs in 1988 and the life sentence handed down to a man for a similar offence against a 71-year-old woman in her own home, are just a couple.

But rather than take any personal sense of satisfaction from putting the seal on both investigations, a more subtle and gratifying aspect is very much at play.

“My job when I was in Dundalk mainly involved the investigation of murder and serious crime so much so that you sort of found yourself as a voice for those people and families who became caught up in it all,” he said.

“Bringing people before the courts and getting successful convictions was not so much about yourself, it was always about the families involved.

“I remember that case (1988 rape of special needs victim) and when it was all over her father actually wrote to the Garda Commissioner to say what a good job I had done.

It’s when you get letters and things like that which makes it all worthwhile.”

It’s a statement which underlines the humility and diffidence of a man who is the very epitome of what every budding, new and recently appointed gardaí should aspire to.

That same sense of humbleness and broad-mindedness is a virtue which has come to define his two year stint in Granard.
In an abrupt and unexpected revelation, he explained how his affinity for his last posting led him to rejecting a possible transfer to Bailieboro, a location which would have considerably reduced his daily commute from his Co Monaghan home.

A large slice of that, the amiable garda chief, puts down to a deep seated connectedness with a community he has come to venerate alongside an innate desire to finish a job he started just over two years earlier.

We have done quite a lot in that we have targeted organised crime in the area,” he added.

“And though we are only starting to see the fruits of that now as I leave, I would like to see CAB (Criminal Assets Bureau) get involved.”

Equally, and like many of those in political office, he expressed an inherent desire to see the position he has proudly occupied since December 2016, filled without haste.

That, allied to an appetite for an underpinning of the District’s detective branch and for a realigning of garda demographics to ensure more members live within the parameters of districts in which they serve are personal cravings which may yet still come to pass.

That said, his fears over a potential hard border have been echoed by many others.

But perhaps it is most striking the warning of the “disaster” such a scenario would bring to the relationship between North and South, should come from a man who has spent much of his working life endeavouring to uphold law and order across a region that’s now facing its greatest dilemma in over 20 years.

Those discussions are for another day however. For the moment, and as the Granard garda boss prepares to take his leave this Friday it’s a case of looking back with pride, but also looking forward to a new chapter full of optimism and quiet expectation.

“I don’t play golf,” was his swift response to questions over whether he intends improving his handicap in retirement.

“But I will certainly be back to Longford for the fishing.”

And, based on the level of respect and admiration this absolute gentleman of a public servant has managed to command from almost all quarters of society, it’s a wish Longford and its 40,000 strong populous will more than gladly accede to.