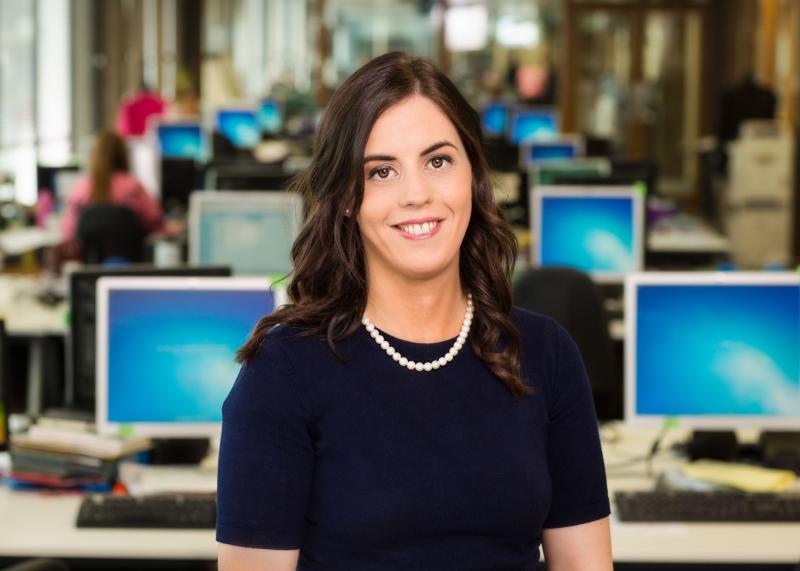 RTÉ News have announced the appointment of Longford's, Sinéad Hussey, as their new North East Correspondent.

Sinéad Hussey has worked as a multimedia journalist in RTÉ since 2011, reporting across television, radio and online news including RTÉ's Six One News, Nine O’Clock News and Morning Ireland programmes.

Thank you for all your good wishes. Really feeling the love I’m looking forward to telling the stories of the north east region in the months ahead. https://t.co/QWXN24olI3

Sinéad has reported on a wide range of major news stories including the case of missing Irish student Karen Buckley in Glasgow, the funeral of Martin Guinness in Derry and the 2017 water crisis across the North East region.

Sinéad holds a BA  (Economics and Spanish) and a Masters in Communications from Maynooth University.

She began her broadcasting career at her local radio station Shannonside Northern Sound. During her time there, she worked as a receptionist, sports reporter and later a senior news reporter.

She also spent time working as a news reporter and newsreader in LMFM and INN. Sinéad moved to Newstalk 106-108fm in October 2006, spending almost five years working there as a senior news correspondent, covering politics and crime.

Sinéad Hussey is a native of Longford town, and currently lives in Mullingar, Co Westmeath.

Commenting on her new role Sinéad said: "I'm delighted to be afforded the opportunity to provide RTÉ with an even stronger presence in the North East region. Coming from the regions I understand the importance of regional news and look forward to the telling the stories of people from across counties Cavan, Monaghan, Louth and Meath. With Brexit looming large, it has never been more important".

Sinéad will be taking up the post in the coming weeks.

ALSO READ: Courageous Ballymahon doctor vows: 'Next year will be our year'

Hearty congrats to fellow Longfordian @SineadHus - appointed today as RTE’s New North Eastern Corr - and adding to the strength of the county’s representation in the Rte newsroom - the ‘Longford Mafia’ as John Donlon once described us - come on the blue and gold ... well done

Congratulations to one of our most loyal supporters https://t.co/mtyJEDSqvg