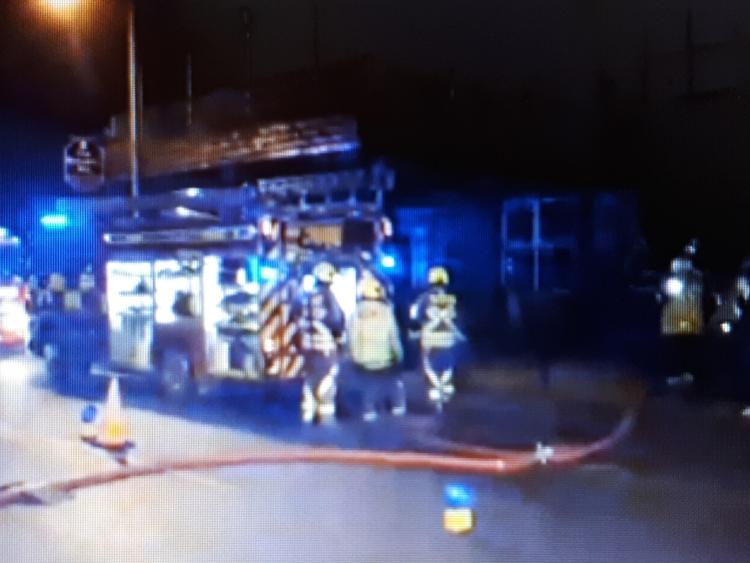 The scene at the Shannon Key West Hotel in Rooskey last night following the fire which broke out.

Minister for Justice & Equality, Charlie Flanagan, TD, says he is deeply concerned at the reports of the fire, which broke out last night in the Shannon Key West Hotel in Rooskey which had been designated as a possible direct provision centre.

He declined to speculate on the cause of the fire and said it is also too early to say when the hotel might be ready to accept asylum seekers.

Minister Flanagan said: “I am deeply concerned at the reports of the fire, which broke out in the Shannon Key West Hotel in Rooskey last night.

I wish to commend the emergency services and An Garda Síochána for their quick response to the incident, which undoubtedly minimised the potential damage to the hotel.

The hotel had recently contracted with my Department to provide accommodation for 80 asylum seekers who have come to our country to seek protection, many of whom have experienced conflict and trauma and are vulnerable.

The final preparations were being made in the hotel for their arrival. Thankfully, there were no residents in situ when the fire broke out. A security guard who was on the premises was not injured and managed to raise the alarm.

The investigation into the cause of the fire must now take place and I do not wish to speculate at this point. It is also too early to say when the hotel might be ready to accept residents. All of the necessary assessments, certifications and any remedial works required must be carried out before we have a clearer timeframe. In the interim, my Department will continue to meet our obligation to provide accommodation for persons seeking our protection.”