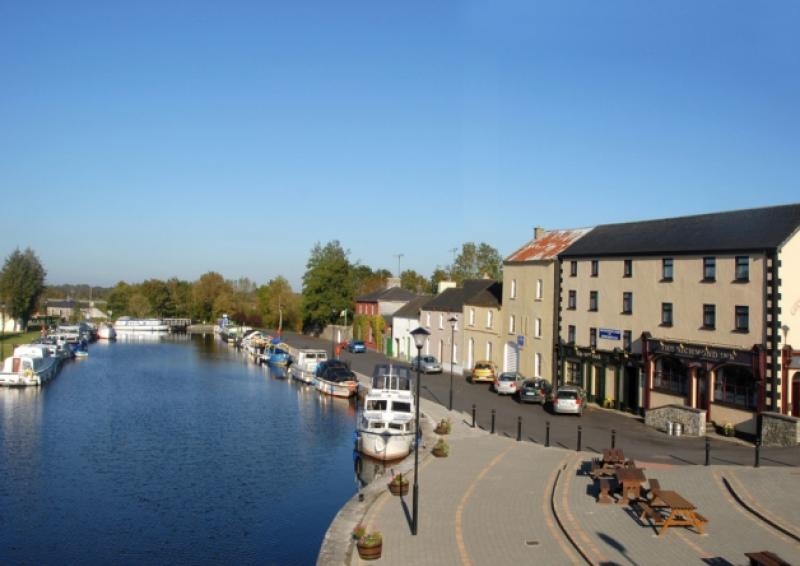 The funding allocated to Longford today will complete the Royal Canal Greenway in Longford and allow tourists to cycle from Spencer Dock all the way to Clondra.

Longford is enjoying another windfall of funding this morning following the announcement of over €745,000 euro for outdoor recreation infrastructure projects in the county.

The announcement was made by Minister for Rural and Community Development Michael Ring and Director of Strategic Development with Fáilte Ireland Orla Carroll, under Measure 2 of the 2018 Outdoor Recreation Infrastructure Scheme.

Also read: Over €225,000 allocated to Longford through the Community Enhancement Programme

The grants being announced today, through this joint initiative, will support a mix of medium scale new developments, and the repair and upgrade of many existing recreational trails in rural areas.

A total of €200,000 will be allocated for the construction of a footpath and cyclepath from Drumlish to Monaduff.

Kenagh will receive a grant of €151,651 to construct a Royal Canal Link from Mosstown.

There will be a total of €200,000 spent on the construction of a link from the Royal Canal to Newcastle Woods in Ballymahon.

And a total of €193,982 will be allocated for the construction of a walkway and cycleway linking the Royal Canal from Lanesboro to Clondra.

Speaking to the Longford Leader this morning, Minister of State for the OPW Kevin 'Boxer' Moran said that he is delighted to see Longford benefiting from a total fund of €11 million that has been allocated to 78 outdoor recreation projects nationwide.

“I want to thank Minister Ring who I worked very closely with in securing this significant amount of money. A lump sum like this is a huge benefit to the local economy and it’s badly needed. There are a number of groups in Longford who wanted this funding last year and didn’t get it, so we put a lot of work and effort to make sure they got it this year and I’m delighted for those groups and for the county,” he said.

Local councillors have expressed their delight at the development too with Kenagh's Cllr Colm Murray taking particular delight in the announcement of a walkway from Kenagh to Mosstown, which he said will "provide safe, off-road access to the canal".

Cllr Micheál Carrigy was also thrilled with the announcement, particularly because it will see a huge increase in tourism in the area.

“The Royal Canal is part of our infrastructure and part of the tourism plan that we developed a number of years ago. This funding means that the entire section of the Royal Canal in Longford will be completely finished and we’ll benefit from the thousands of people that will use the 142km cycleway from Spencer Dock. By next year, Waterways Ireland will promote the Greenway the whole way from Spencer Dock to Clondra,” he enthused.

Making the announcement today, Minister Ring said: “Recreational tourism is a growing part of Ireland’s tourism offering, and we have seen an increase in the number of Irish and overseas visitors enjoying the many greenways, blueways and walking trails which have been developed around the country in recent years. This is generating income for rural areas and helping to create more jobs in the hospitality and leisure sectors.

“Figures available from Fáilte Ireland reveal that in 2017, 26% of all overseas tourists engaged in some level of hiking or cross-country walking. This equates to 2.3 million tourists, spending an estimated €1.3 bn during their stay in Ireland. A further 451,000 overseas tourists took part in cycling activities.

“Local communities are also using these trails in large numbers. A survey of users on the Waterford Greenway, Ireland’s longest off-road cycling and walking trail, shows that almost two thirds of users are local people.

“I am delighted, in collaboration with Fáilte Ireland, to announce funding of almost €11 million today to 78 very important projects under this phase of the Outdoor Recreation Infrastructure Scheme.  I warmly welcome the contribution of Fáilte Ireland, who are providing €3 million of the total being allocated today, enabling us to support a wide range of projects which will benefit rural Ireland.”

Ms Orla Carroll, Director of Strategic Development with Fáilte Ireland, said: “Fáilte Ireland welcomes the announcement of funding for the successful projects under the Outdoor Recreation Infrastructure Scheme. As the National Tourism Development Authority, it is one of our strategic objectives to ensure that the economic benefits of tourism are spread regionally across the country. We will continue to work positively in partnership with the Department of Rural and Community Development to deliver quality visitor experiences and to enhance and further develop our recreational tourism offering and the additional social benefits they bring to local communities.”

Minister Ring added: “The funding being announced today builds on the €10 million which I allocated during 2018 to 150 projects under Measures 1 and 3 of the Outdoor Recreation Infrastructure Scheme and brings the total investment from the 2018 call for proposals to almost €21 million.

“Over €40 million has now been allocated to almost 600 projects under this scheme since 2016 to improve existing, and develop new, walking trails, greenways and other recreational amenities for communities and visitors all over Ireland.

“The continued development of our recreational infrastructure will not only support Ireland’s developing rural tourism industry, but will also provide better recreation options for local people and families for their own enjoyment of the countryside.  I want to congratulate the Local Authorities, Local Development Companies and communities who have worked together to bring forward the projects funded under the scheme in the last two years.”