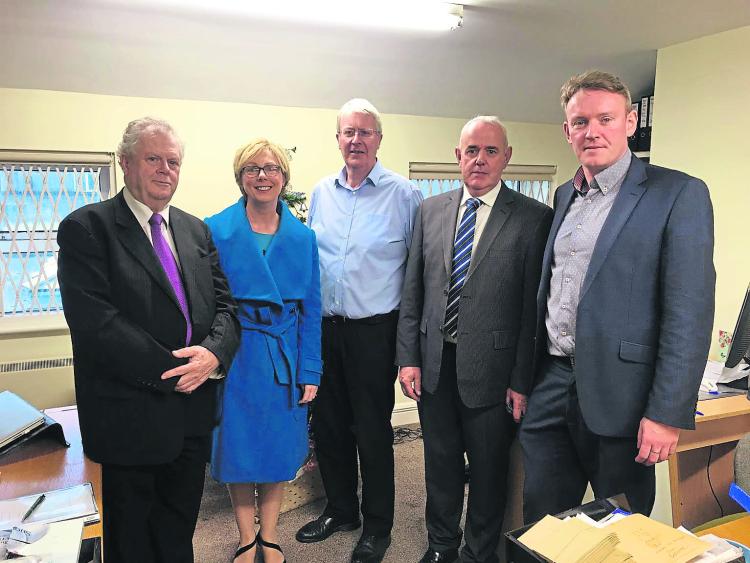 The post office network has a central role to play in the delivery of social welfare services, according to Minister for Employment Affairs and Social Protection, Regina Doherty TD.

The Minister met with the President of the Irish Postmasters Union, Mr Padraig McCann as well as its General Secretary, Mr Ned O’Hara and other officials in Longford last Friday to discuss current issues in the network of offices.

Minister Doherty emphasised that the potential of post offices to provide additional state services should not be overlooked.

She added, “The post office network is an important channel for the delivery of social welfare services – particularly in rural Ireland.
“While other methods of payment are becoming more available to welfare recipients, I believe fundamentally that people should have choice in how they receive these payments.

“Roughly four in ten social welfare recipients use their local post office to collect their payments and this is a testimony to the post office network’s important role at the heart of many communities.

Indeed, as we work to develop and support rural Ireland, I believe there is great potential to explore how other state services could utilise this vital and valued local channel.”

The Department for Employment Affairs and Social Protection makes approximately 79 million social welfare payments per annum of which nearly 31 million are by cash via the post office network. The Department is the largest retail customer of An Post and among its top ten customers for postal services.